Hedderwick gets all clear; DVML criticised 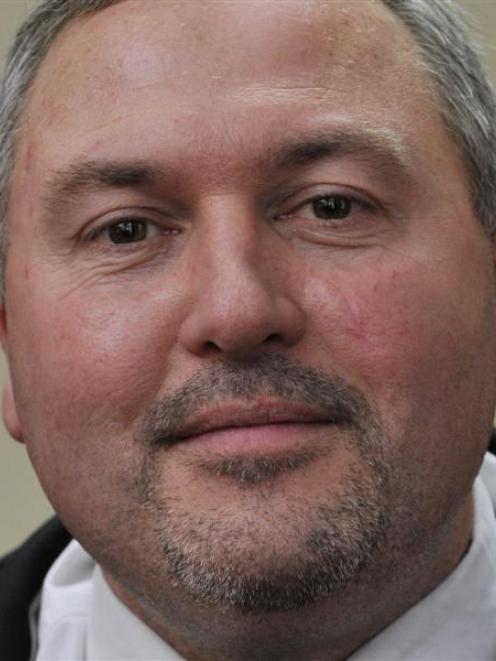 Guy Hedderwick.
Independent auditors have given a former Forsyth Barr Stadium manager the all clear following claims of inappropriate spending, but the company running the venue has not escaped unscathed.

That followed the release of documents to former Stop the Stadium president Bev Butler in March, showing Mr Hedderwick had accrued nearly $80,000 in travel costs and expenses while taking 51 work-related trips since 2010.

The information prompted a public spat between Ms Butler, who labelled the spending ''simply staggering'', and DVML finance manager Neville Frost, who defended the spending as legitimate and ''frugal''.

However, it concluded there were ''no significant concerns'' relating to Mr Hedderwick's expenses and instead criticised DVML for failing to apply its own policies and procedures in some instances.

DVML chief executive Terry Davies said when contacted he accepted the findings, and the company was working with council staff to review and tighten its processes.

''We're taking that up with all of our team, to re-educate [staff] right through all of our policies and procedures.''

He confirmed Mr Hedderwick's part-time role as a DVML contractor based in Adelaide had ''come to an end'' last month.

However, the change reflected the appointment of Mr Davies, who had a background in content acquisition, and was not related to the review's findings, he said.

Mr Hedderwick, contacted in Australia, said he had not seen the final report but was pleased it gave his spending ''a clean bill of health''.

He defended DVML staff, saying they put in long hours ''with no thanks and very little acknowledgement for their efforts''.

''There is very little gratitude for the impossible task they are asked to do.''

That included $108,263 in travel and entertainment expenses, higher than the original figure released to Ms Butler in March.

The report identified 118 transactions, together worth $3974.50, which were approved by DVML without the required invoices from Mr Hedderwick.

That was in breach of DVML policies, as were anther 71 transactions for flights and accommodation, worth $28,852.03, made without evidence of sign-off by DVML afterwards.

Mr Hedderwick had also accrued $1163.33 in work-related expenses on his DVML credit card while working as a contractor in Australia, despite company policy requiring cards to be handed back at the end of full-time employment.

The expenses were without supporting documentation, although credit card statements suggested no ''suspicious activity'', the report found.

The report also found only four instances where Mr Hedderwick's accommodation costs - while on trips to the United States, Singapore, Italy and Australia - exceeded $300 a night.

His daily spend on ''subsistence expenses'' - including meals and alcoholic drinks - averaged $59 per day, below the company's $75 daily limit.

Ms Butler said when contacted it was ''clear'' Mr Hedderwick ''did not comply with good business practice'', while spending sums released by Mr Frost following an official information request were understated.

''It is unacceptable for tens of thousands of dollars of public money not to be fully accounted for. Guy Hedderwick, Neville Frost and the [DVML] board all failed the ratepayers and should be held to account for their failures.''

Mr Davies said there was ''always going to be some things'' when spending was under such scrutiny.

However, he had been assured by Crowe Horwath there was nothing untoward in Mr Hedderwick's spending, and DVML's mistakes would be rectified.

''We acknowledge that that's a problem and we've got to get better.''