Historic horse trough mystery yet to be solved 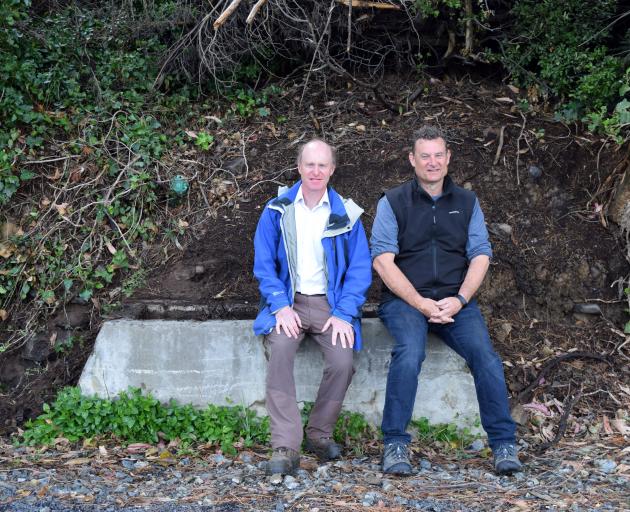 Behind the trough was a stone wall.

Otago Peninsula Community Board chairman Paul Pope said the board was seeking information on the history of the trough.

‘‘There is investigation work to be done ... it’s a bit of a mystery which requires more digging.’’

Cars were prohibited from Portobello Rd until 1913, he said.

‘‘Everything was horse-drawn until then.’’

The trough was in ‘‘good condition’’ and had a black number 14 painted on it.

What the number signified was a mystery.

The trough was most likely made on site in the late 19th century. Mr Pope speculated on reasons for its location — firstly, its proximity to a freshwater creek so the trough could be filled.

Secondly, so horses could have a drink before going through a former toll site, further west on Portobello Rd. ‘‘The trough is an important structure.’’

There was a horse trough close city side of the vauxhall yacht club with a plaque too that existed up until they did the roadwork for cycleway. Would like to know what happened to that one.

We used to stop at that trough down in the Macandrew Bay area in the 1950's - 1960's to check the water in the truck before we continued on down to "the crib" at Hooper's Inlet -- This truck had a strange habit of needing to stop further on right outside the Portobello Hotel. Me? Well being not of legal age I had to sit in the truck and wait and wait whilst sipping on raspberry and lemonade... Oh they were good old days...

Likely this trough will be moved due to the insistence of, the cycleways must go through, don't bother with the history of leaving it there, the cycleways don't care.