Hotel backer 'sick of the rumours' 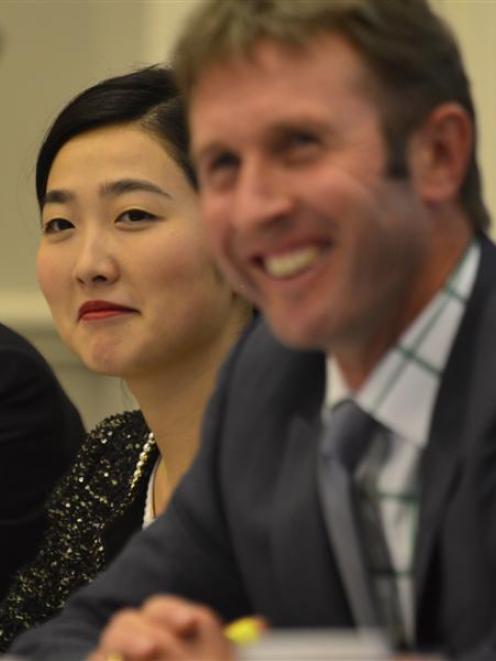 Jing Song yesterday took a seat at the applicant's table for the first time since the 28-storey hotel's resource consent hearing began in December last year.

She did not speak at the hearing, but later told the Otago Daily Times she wanted her identity known to end rumours about ''dodgy Chinese interests behind it''.

However, she respected the rights of Dunedin people to voice opinions against the hotel, which has attracted more than 500 submissions mainly opposed to the project's construction.

Many argued the hotel was inappropriate for the site because its size and bulk meant it would dominate its surroundings.

Ms Song said she was not surprised by the views, but still had ''not a second'' of doubt about the hotel's merits and was confident it would proceed.

''There's always going to be people that are very unhappy or opposed to it.

''They come with a view of the project, so that needs to be respected.''

The project would be financed by Ms Song and her husband, construction company owner Ping Cao.

However, Ms Song said yesterday the hotel - if approved - would be built by a New Zealand company appointed as lead contractor in an open-tender process, as well as other subcontractors.

That meant the majority of the development spend would remain within New Zealand, although some materials would be imported from China to save money, she said.

Ms Song was based in Queenstown but previously spent eight years in Dunedin, including studying accountancy and theatre at the University of Otago.

She and her husband sought a return on their investment, including from the sale of residential apartments within the tower.

However, the investment was also a gift to Dunedin, as the couple could achieve higher returns by investing in China, she said.