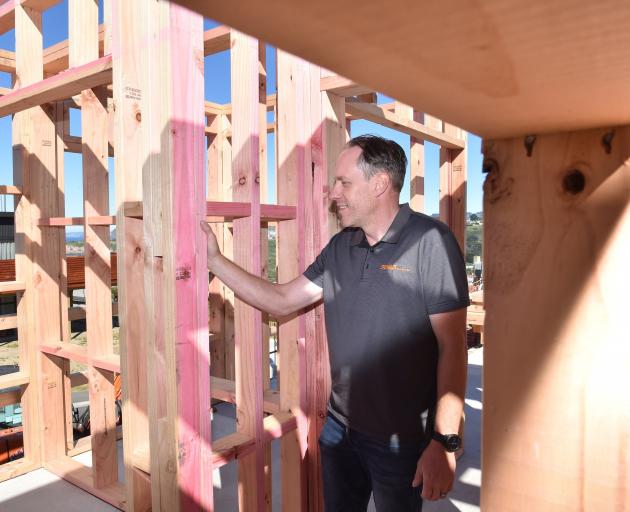 Figures released by Statistics New Zealand showed significant rises in both Otago and Southland for new dwelling consents in the 12 months to November 2021 compared to the same period the previous year.

The amount of consents were the highest for both provinces since at least 2016.

For the same period, Southland’s increase percentage was even more impressive, 480 new dwelling consents in 2021 compared to 329 in 2020 representing an increase of 45.9%

Invercargill was at the forefront of the 2021 consent boom in Southland, having recorded an 89.5% increase in new dwelling consents over 2020, the largest rise of any territorial authority across the South.

The numbers were no surprise to Otago Master Builders president Hayden Davies, who said the building industry had been generally very busy over the past year.

"Certainly anecdotally, the industry, the supply chain, and whether it be sub-contractors or consenting authorities, are all stretched."

He expected the building boom would continue in the short to medium term, but factors such as interest rate changes and lending restrictions made it difficult to predict the long-term direction of the sector.

One of the biggest factors standing in the way of future development was the availability of land, Mr Davies said. This scarcity of land was pushing land prices up, and consequently the cost of building a property.

"There’s still an advantage to building because the cost is still at a place that hasn’t moved as drastically as built or existing property.

The sector was also facing a shortage of quality staff.

Building and Construction Minister Poto Williams said the Government expected high levels of residential construction to continue for some time.

The boom in new homes was seen across the country, with 48,522 new homes consented across New Zealand in the year ended November 2021, compared to 38,624 the year before.

How it is that consents are at a 6 year high when there is a lack of borrowing ability of young people to buy the houses? Or does the media have it wrong? They keep telling us that the million dollar houses are unaffordable for young people. Or maybe these houses being consented are for those who have made their money in the housing market through buying and selling and making a profit or through renting property to those same young people or both? Or is it that only half the people who are applying for consents are getting them? Or is it that those who are getting them are doing it now as the cost of housing keeps rising and there is no better time than now before they are stopped from getting exactly the kind of house they want?