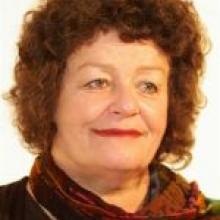 The council was expected to sign the contract at an extraordinary meeting on Monday morning, but the group says the financial parameters of the project have changed so much the council should be restrained from signing until it has consulted afresh with ratepayers.

The court action has thrown plans for Monday's meeting into disarray. Council chief executive Jim Harland last night said the city solicitors, Anderson Lloyd Lawyers, would examine the papers in detail at the weekend and would brief councillors about options at the start of the meeting. The briefing would be confidential.

Asked how long the briefing might take, Mr Harland said he did not know. Nor did he know whether the council would be able to debate signing the stadium construction contract.

The court action had come as a surprise, Mr Harland said. He said he rang the city solicitor at 5.03pm and was told no papers had been filed with the court. Not long afterwards, he was told that had changed.

"I'm disappointed . . . it has come so late. I understand people have concerns [about the stadium] and have the right to exercise their legal rights. But happening at the end of the business day before the meeting makes it awkward for everyone."

Some councillors might read about the pending legal action in the Otago Daily Times, Mr Harland said.

"I'm emailing them all tonight, but I can't guarantee they will read it before the morning," he said.

Stop the Stadium president Bev Butler said last night the paperwork was filed with the court about 4.30pm.

As well as the main document, there were supporting affidavits from herself and accountant and university lecturer Nicola Holman.

Ms Butler said the documents were filed upon their completion.

The group was waiting to hear what the response would be from the council.

If the matter proceeded to a hearing, Ms Butler expected it might be a week before it would be heard in the High Court at Dunedin.

The council has up to 25 days (from yesterday) to file its statement of defence.

In her affidavit supporting the review application and interim injunction, Ms Butler gave the background of Stop the Stadium's opposition to the stadium and outlined her concerns about lack of consultation.

Ms Holman's affidavit concentrated on the financial aspects of the stadium proposal.

She considered changes made to the long-term council community plan to be both material and significant in terms of generally accepted accounting practices and that the stadium represented in the long-term plan draft was not substantially the same as that in the current annual plan.

The application document listed the differences as the $10 million increase in the cost of the project, the $3 million reduction in the contribution from the Community Trust of Otago, the "external contribution" of $15 million being recorded without explanation of its source, the $22.8 million increase in the bridging loan requirement, a budget based on $165.4 million in construction costs not previously specified and private funding of $45.5 million, which had changed significantly.

Ms Butler said if the review proceeded it could cost the group up to $20,000.

It did not have that amount of money and would seek support to cover these costs.

The application for judicial review is the latest in a series of attempts by stadium opponents to halt the project, including complaints to the Auditor-general and ombudsmen, and an Environment Court appeal against district plan changes to allow for the development - which was dropped because of the cost.

Stop the Stadium also instructed specialist public law firm Chen Palmer to look into whether the Otago Regional Council was acting legally in connection with its stadium decision-making.

Last night, Ms Butler was not prepared to comment on the status of that action.

The instructing solicitor for the group's High Court action is Hilary Calvert. Len Andersen is expected to represent the group in court.

Dunedin Mayor Peter Chin could not be reached for comment last night.

• Wants the High Court to declare it would be unlawful for the DCC to resolve to proceed with the stadium before its 2009-18 long-term council community plan (LTCCP) is adopted.

• Wants a High Court injunction restraining the DCC from signing a construction contract until after the LTCCP is adopted.

• Wants a High Court order made quashing any DCC decision to proceed with the stadium before the LTCCP is adopted.

• Says the cost of the stadium to ratepayers has altered so significantly the DCC should complete a special consultative process as part of the LTCCP before deciding whether to proceed.

• DCC has 25 days to file a statement of defence.

• It is not known when the application will be heard by the High Court.