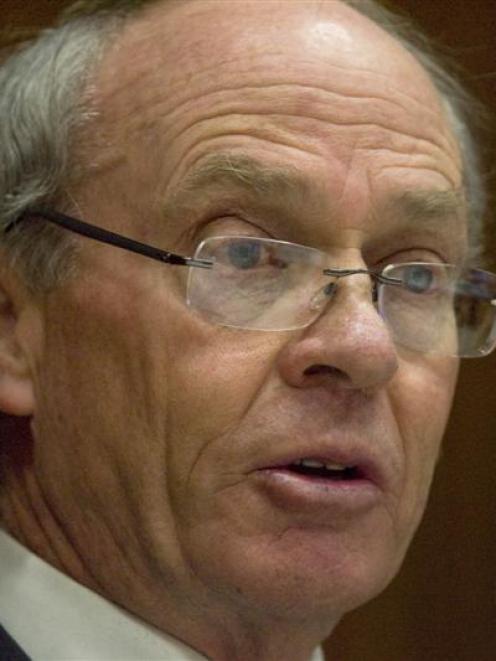 Justice Graham Panckhurst summing up yesterday.
The jury in the trial of David Bain, who is accused of murdering five members of his family, will today consider its verdict.

It retired at 4.33pm yesterday after the five-hour summing up by Justice Graham Panckhurst in the High Court at Christchurch.

The jury then came back 30 minutes later and indicated it would like to begin deliberations today.

They had questions for the judge, which will be answered today when they resume deliberations at 10am.

The judge said the jury did not have to sit into last night and could begin deliberating when it chose.

"You are the best ones to determine when you've reached the point that it's appropriate to break. The last thing we ask of you is to endeavour to continue in this formidable task, when you are tired or even exhausted," Justice Panckhurst told the jury.

The jury retired at 5.15pm and this morning will hear answers to the two questions it has asked.

The jury would stay together overnight at a hotel near the High Court for however many days its deliberations took, the judge decided.

The jury was not to watch television, listen to radio, access the internet, read newspapers. Mobile phones were also not to be used.

The three-month trial has heard from 184 witness, producing 3707 pages of evidence.