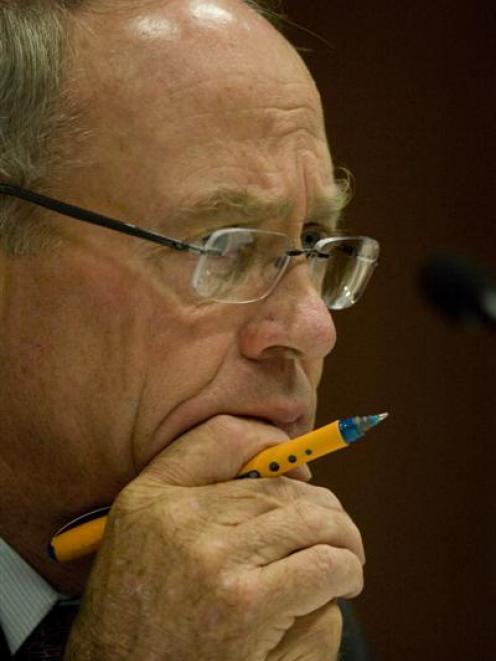 Justice Panckhurst
Laniet Bain was going to tell her family "everything" and make a clean start, according to a Dunedin man who fled the country to avoid giving evidence.

Dean Cottle was to have been the last of 54 witnesses for the defence in the murder retrial of David Bain (37) in Christchurch.

But the jury was told on Tuesday Mr Cottle could not be found and a warrant had been issued for his arrest.

He said Mr Cottle had "actively evaded" an attempt to serve a witness summons on him on May 13.

A warrant was issued for his arrest on May 21, but "unbeknownst to the court", Mr Cottle had already flown to Brisbane five days earlier.

The jurors could draw their own conclusions, the judge said.

He had decided they should hear Mr Cottle's evidence, made in a statement to the police on June 23, 1994, three days after Laniet and four of her family were shot; and that of another brief statement a year later, on June 26, 1995.

In the statements the judge read to the jury, Mr Cottle said he met Laniet in a bar about 10 months before her death.

He described her as a nice girl and said they got on well.

They became friends and she would talk to him about things.

She told him she was a prostitute.

At the time he was unemployed and would see her three or four times a week.

She told him her father had been having sex with her for years and it was "still happening".

And she asked him not to tell anyone, saying she did not want people to know.

It was one of the reasons she left home, Laniet said; as well as the fact she was "sick of her mother hassling her".

She said the family would all sit around together and take turns "talking to God".

She had moved into a flat in Russell St in March.

Laniet also told him her sister Arawa had been involved in prostitution, that she had told Arawa what she (Laniet) was doing.

Mr Cottle said he had asked Laniet what Arawa thought about that and Arawa had replied "Not much", as she had "done a couple of jobs herself".

And Mr Cottle said Laniet was "involved in cannabis", but he was not interested in that.

He knew she was moving out of the Russell St flat.

He got her telephone number from her mother.

When he telephoned, it was the Taieri Beach School.

He was surprised when Robin answered.

He did not think Laniet would be back with her father.

Robin told him Laniet was in town, and Mr Cottle saw her later that day coming out of a coffee shop in George St.

They had a five to 10 minute conversation and Laniet said she was going to "make a new start"; that her parents had been questioning her about what she was doing.

She said she was going to "tell them everything", and Mr Cottle told her she could call him if she wanted to talk.

"I thought she was going to tell her parents she was working as a prostitute," Mr Cottle said in his statement.

He said Laniet did not talk much about the rest of the family, but it sounded as if she got on with them.

He had never met David Bain, and saw him only once outside the Mayfair Theatre.

Laniet said she "only did those shows to keep everyone happy".

Ever since he had known her, she talked about wanting to go back to Papua New Guinea.

When she told him about the incest, she also said that was something that happened to her there.

"To me she seemed quite a level-headed girl," Mr Cottle said.

In his June 1995 affidavit, made because he wanted to add some detail to the earlier statement, he said Laniet had been "clearly agitated" when she was talking to him on June 17, 1994, three days before she was killed.

"She said she was going home to tell the family `everything'.

She said she was going to put a stop to everything, and was `sick of everyone getting up her'," Mr Cottle said.

Laniet had not actually referred to the incest with her father during the conversation on the Friday before her death.

But she told him earlier it had "started in PNG".

The Crown, represented by Kieran Raftery, Cameron Mander and Robin Bates, contends Bain murdered the family, using his early morning paper round as an alibi; then made it look as if his father Robin shot them and committed suicide.

But the defence, represented by Michael Reed QC, Helen Cull QC, Paul Morten and Matthew Karam, argues Robin was the killer, and turned the gun on himself because he was about to be exposed for an incestuous relationship with his younger daughter Laniet.

The jury will not start considering its verdict until late next week.