Dunedin has officially joined the Lime scooter craze as 300 e-scooters hit the streets this morning.

From today, Dunedin will join Auckland, Christchurch and Hutt City as part of the United States company's New Zealand fleet.

In the six weeks after the New Zealand service became available last year, more than 500,000 trips were taken by 150,000 different riders, according to figures released by the company. 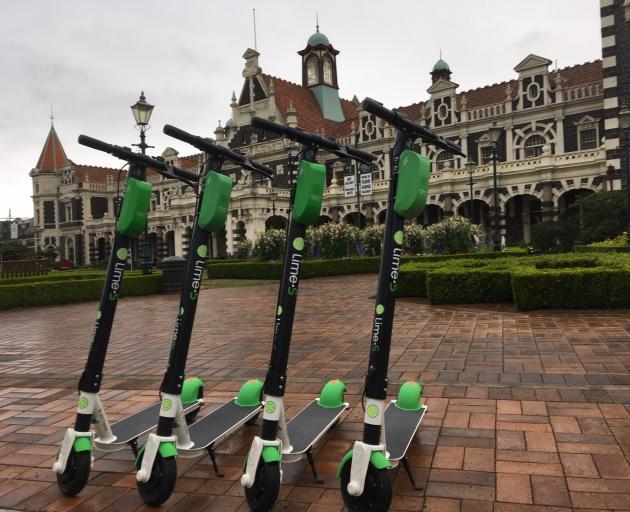 Lime Scooters parked in front of the Dunedin Railway Station on Thursday morning. Photo: ODT
There were also nearly 300 ACC claims for injuries sustained while using the scooters in the same period.

Unlike in Christchurch and Auckland, Lime would not be paying a fee to operate in the city, as it did not require a permit.

Auckland Council has this morning extended Lime's licence for 10 weeks to the end of March.

Lime city launcher Matt McNeill said safety was a key concern for the company and it had signed a memorandum of understanding with the Dunedin City Council which focused on safety and customer service.

About 300 scooters would be available from 11am today and the company would review whether more were needed, Mr McNeill said.

The company has hired about 30 employees, both full-time and part-time, to run the service in the city.

At first the company would focus on the central city, tertiary precinct and areas such as the city's beaches.

A council spokeswoman said it was not planning on restricting the use of the scooters in the city and would work collaboratively with the company.

The council had also discussed the launch of the service with Dunedin police. 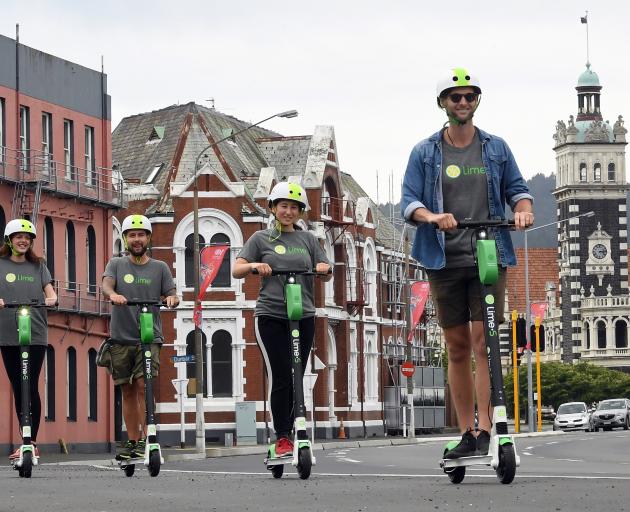 Taking the Lime e-scooters for a spin down the Cumberland St shared cycle path before the launch of the service in Dunedin today are Lime city launcher (front right) Matt McNeill and employees Elena Khoo, James Samme and Ellie Fanning. Photo: Stephen Jaquiery

- Helmets recommended but not required.
- The scooters can be ridden on the footpath, road, shared pathways and cycle lanes separated by concrete islands but not the cycle lanes painted onto the road.
- Costs $1 to hire and 30 cents each minute after.
- Phone app used to find and hire scooter.
- Can be picked up and dropped off anywhere in the city.