'The little film that could' 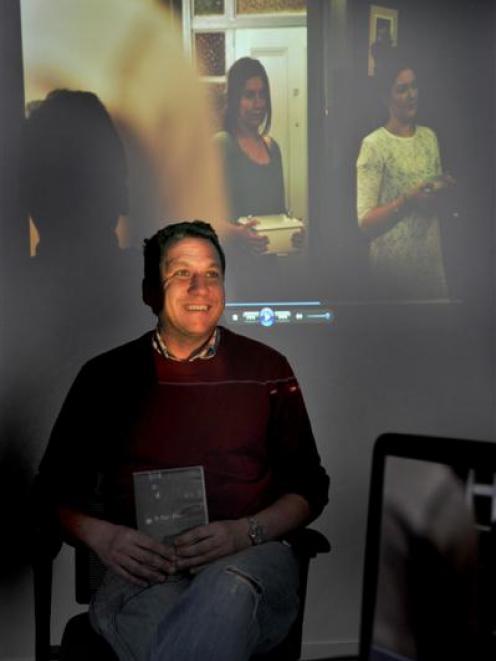 Sabertooth Films producer Aaron Watson will finally see the world premiere of his film In Safe Hands on the big screen.

"We couldn't have done this film anywhere else but Dunedin," Mr Watson said yesterday.

"Just about all the cast and crew were from Dunedin and Queenstown. The Southern Trust gave us a $3000 seeding grant to get going, Brett Mills, who does all the big Hollywood shoots in Queenstown, gave us a full lighting truck, a top-of-the-line camera and two of his technicians for a week. Everyone came to the party.

"Gillions gave us a coffin and even Dunedin Hospital shut down a floor for us for a day. Then Peter Jackson's Park Road Post gave us four days' free post-production between doing Tintin and The Hobbit. We ended up making a $120,000 film for $3000. It was the little film that could," he said.

In Safe Hands is an 11-minute dramatisation of the 2002 Greenlane Heart Registry controversy, in which dead infants' hearts were collected without the knowledge of their parents.

"Dunedin is the best place to do a film, because we have all this great architecture and beautiful, natural locations and you can get everywhere really quickly."

The production company has completed four short films, which have screened in international film festivals in Germany, Russia, Japan, France and the United States.

Mr Watson is also developing two feature films with the New Zealand Film Commission and has television docomentaries in production on Dunedin band The Clean and Team Gallagher's row across the Tasman Sea.