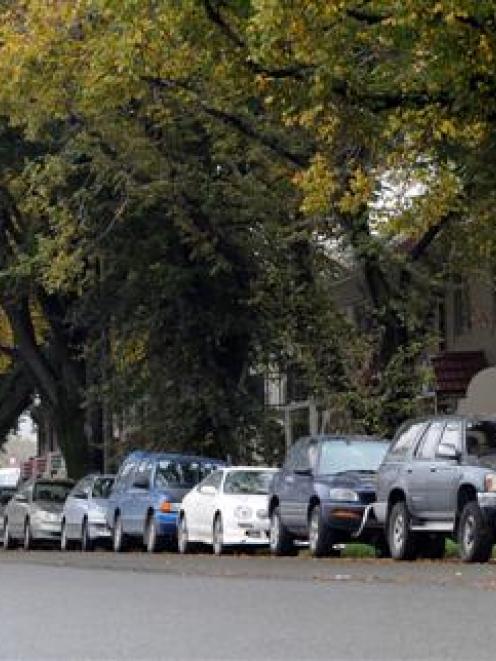 The scheme was separate from the State Highway 88 realignment but tied in with that project's construction and design of the new Frederick St intersection.

Mr Matheson said the project had been on the DCC's radar for a long time, and the realignment was being made at the logical time.

Cyclists would be able to ride continuously from Maia in the west to Vauxhall in the east.

"It's the perfect opportunity to make that connection."

Anzac Ave was a designated cycle route in the council's cycling strategy, and there was strong demand for the project.

Upgrading the area in time for the Rugby World Cup was a bonus, as rugby fans would use the upgraded pavement to access the stadium.

Mr Matheson hoped people would see the loss of the parks as a worthwhile trade-off.

The project was important for cyclist safety, too.

He expected some people would be annoyed, both by the loss of parking, and that the new ones were further north.

At the Hocken Library, the cycle lanes would curve towards the stadium, and link through Parry St with the harbour cycleway to Maia.

It might also be possible to "sneak" in additional free parks around the stadium - parking designation was still a work in progress, Mr Matheson said.

Today, road workers would block off affected parks. The area included a stretch in front of Station Apartments.

Weather permitting, work will get under way tomorrow.

NZTA coastal Otago area manager Roger Bailey said the 1.5m-wide cycle lanes were key to linking State Highway 88, the city centre and the eastern side of Otago Harbour. New parks were possible as the bypass meant the section would not be arterial.

He said NZTA would complete the new car parks as soon as possible, and all would be in place by the time state highway traffic was diverted on to the the stadium bypass in June.

Improving the footpaths would allow shared use for younger or inexperienced cyclists who did not want to cycle on a road.

Funded by the NZTA, the work would be completed in June.