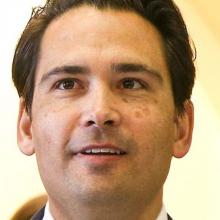 Simon Bridges.
The Dunedin economy can absorb the 362 workers set to be laid off in the Cadbury closure, Economic Development Minister Simon Bridges says.

"Not in one day. But over time, yes, it definitely can.

"The silver lining in this is that the job market in Dunedin is diverse and resilient."

E Tu organiser Mike Kirwood said Mr Bridges was in "cuckoo land" if he thought the workers could be absorbed into the local job market. In an economy like Auckland, that would be true, but not in Dunedin, he said.

He said maintenance and electrical workers would have more opportunities, but the confectionery staff would struggle. Factory-floor confectionery staff were paid about $70,000 per year, depending on their shifts. At this stage, the Government was not planning a financial support package for Dunedin.

"Yes, this is a bitter blow, but the local economy has the strength to move on," Mr Bridges said.

He learned of the closure early this week from Dunedin-based National MP Michael Woodhouse.

"The truth is, when I learnt about it the decision had already been made." 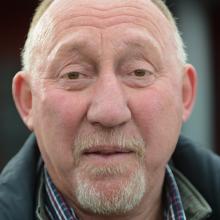 Mike Kirwood.
He said he had "faith" in the workers to find other jobs, but "wrap around" support would be available from Work and Income.

"We are talking about people who have in many cases had long-term skilled work with Cadbury and Mondelez.

"What we know about them is they are hard workers who have turned up and done a great job."

Mr Bridges said Dunedin was enjoying a "boom" in "conference and event tourism", and other sectors were doing well too.

He rejected the suggestion  the Government had not invested in Dunedin, saying there was "strong ongoing support".

Mr Bridges was not critical of Mondelez’s decision.

"I tend to accept what they’ve said publicly as sounding pretty realistic about the state of play."

He said Dunedin’s unemployment rate was lower than the national average.

Manufacturing was still a strength for the city, but it tended to be small-scale operations rather than big sites, Mr Bridges said.

E Tu has close to 100% union membership on the site. About 100 of the workers are seasonal, meaning they work from April to December, but they tend to be a stable group who return every year.

Mr Kirwood said some workers faced a difficult decision about whether to take another job now, and miss out on their redundancy payment. He said a small number of the workers were likely to seriously consider relocating to Australia to work for the company. Mr Kirwood said Cadbury was part of the fabric of Dunedin and the closure would have a profound impact.

There had been rumours about the factory for years, he said, but the decision was a shock, and the union had not been expecting it at this time. Dunedin South MP Clare Curran said the impact would be "huge".

"Closures like this affect whole communities. Employment changes affect mortgages and schooling choices. It is too soon to grasp the flow-on effects, but we can be certain this will have a huge impact across Dunedin."

"I have visited the factory many times and appreciated the warm welcome, kind hospitality, and good cheer of the staff.

"These people have been proud to work at this iconic Dunedin institution, and proud to supply products for export with a global recognition. My heart goes out to them," Dr Clark said.

If the decision has "already been made" why is Mondelez going into "consultation" with the workers? So much for good faith. So much for loyalty. And yay for Whittakers... who make better chocolate anyway.

That's the thing. Mondelez wants these Dunedin workers, but not in Dunedin.