Thousands turn out to watch the annual Jaffa race down Baldwin St. Photo: Gerard O'Brien
Mondelez International will line up for more ratepayer cash for the Cadbury Chocolate Carnival, despite its plan to close the Dunedin factory and put 362 people out of work.

A company spokesman said yesterday: "We won’t know if we have received the council funding for the next event until about June."

The Dunedin City Council gave the event $55,000 last year and the same amount in 2015. The week-long festival in July features the popular Jaffa race in Baldwin St.

Yesterday, the council confirmed it also granted Cadbury rates relief in 2006, worth $245,200 over four years. 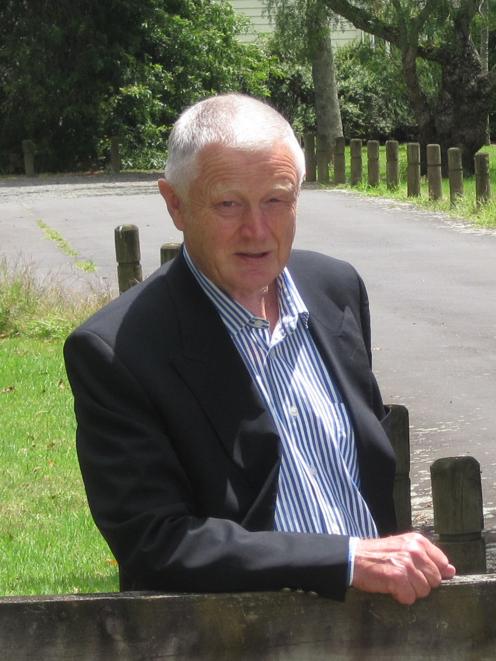 And just over 10 years ago, Cadbury received $ 2 million from the Government’s strategic investment fund which it used for research and development. In the year to December 2015, Mondelez’s New Zealand operation reported a net profit of $9.2 million.

The company’s DCC rates bill in 2017 is $169,402. Enterprise Dunedin director John Christie said community feeling would need to be taken into  account in the carnival funding decision.

Mr Christie spoke strongly in favour of council support for the event, but acknowledged it might be difficult to make that case to ratepayers.

"I haven’t got a gauge on where the community would sit on this [event] yet.

"I know where they sit on the closure of Cadbury. There’s some pretty angry people...

"Previous years have seen really successful carnivals in the city.

"Whether you would get that same interaction with the community this year is something that will be well discussed and debated," Mr Christie said.

Mike Groves, a former marketing manager at Cadbury, spoke strongly against the council chipping in for the event.

"Promoting a chocolate festival orchestrated by a company that has decided to walk away from you would be one of the least attractive options.

He believed Mondelez should stump up the full cost for this year’s event.

"Let Cadbury roll their Jaffas, but don’t give them money in order to do it. If [the council] do give money to Cadbury  ...  they will encounter a great amount of hostility from their ratepayers."

In his statement, the Mondelez spokesman said the carnival was Dunedin’s "largest free public event".

"We intend to maintain this popular event in 2017 and work with stakeholders to look at how we can continue to support these community partners in 2018.

"While our partnership includes $55,000 in direct grant funding for the 2016 carnival from the council, we contribute more than three times this amount to the event ourselves."

"We are really keen to maintain Cadbury World, including the cafe, as one of Dunedin’s top attractions in the growing tourism sector, and we’ll keep working with local stakeholders to ensure there is community support for this approach.

"Our plan is to invest in a redeveloped Cadbury World housed within the historic Old Dairy building and significantly improve the visitor experience to attract more visitors and grow our team beyond the current 30 people," the company spokesman said.

The factory is due to close in March next year.

It's like drawn out psychological abuse.
They want to end the operation, but that won't be the end of it, they'll keep a little bit going, and thank the city for supporting it and who knows, CW might be expanded.

Mondelez has shown its true colours to our city... we owe them nothing and that is exactly what they should get.

The council's reply should start with "up' and end with 'yours"

I was under the impression from previous media reports that the Dunedin Santa Parade is the city's largest free public event. The parade certainly appears to have a more genuine raison d'être, and which is not sugar-coated by global corporate spin.

Perhaps the council should pay it out of John Christie's overpaid salary.