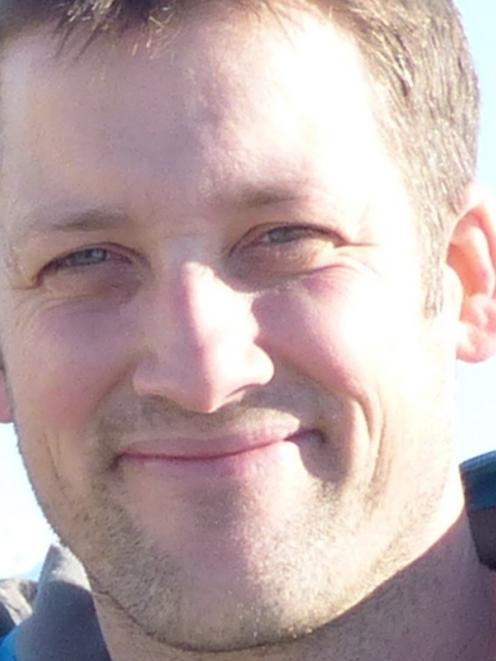 Geoff Woodcock.
Judgement day has not come yet for Mosgiel's proposed aquatic centre, with the Dunedin City Council choosing not to make any decision on the pool's future yesterday.

Councillors at the full council meeting voted unanimously to defer until next year a decision on the pool's future, giving council staff, and pool advocate the Taieri Community Facilities Trust, more time to absorb and counter last week's report into the pool's future.

That report, written by council staff with assistance from Sports New Zealand, recommended the council give up on the trust's four-pool ideal, which would have included separate pools for lane swimming, leisure, learn-to-swim classes and hydrotherapy.

Instead, the report suggested a two-pool design, with leisure and lane-swimming in one pool, keeping the learn-to-swim pool, and scrapping the warmer hydrotherapy pool.

The report said the trust's $14.4 million cost estimates for the four-pool option had been too low, while its estimates of expected usage, which would help pay for its ongoing costs, had been too high.

At yesterday's meeting's public forum, that report and its findings were criticised by trust chairwoman Irene Mosely and spokesman Geoff Woodcock.

Mr Woodcock said the trust rejected the report's findings, including higher construction estimates for the four-pool option and concerns over the trust's ability to meet its fundraising targets.

The report appeared to bully councillors into rejecting the four-pool option, he said, without giving the trust a chance to prove its estimates had been correct.

Mr Woodcock told the council the community had been clear in its desires - it wanted a four-pool facility that would cater to the young, old, teenagers and lane swimmers.

Its assertion the community would raise $7.5 million of the construction costs was contingent on such a diverse facility being delivered, he said.

If the council decided on a two-pool option, any section of the community that was not catered for - particularly older people needing the warmer hydrotherapy pool - might not still pledge

The trust wanted to use plans already employed for a Canterbury public pool - opened in Rolleston in 2013 - to bring down costs, while informal advice it had received cast significant doubt on some of the figures included in the council report, Mr Woodcock said.

That had left the trust convinced the four-pool option could be built for $15 million, but if detailed costings proved that was not the case the trust would accept it was beaten.

''The trust will sit round and have a drinking session to commiserate over the fact that we weren't able to do it. We'd accept it,'' he said.

But council infrastructure and networks general manager Ruth Stokes said reusing the Rolleston pool plans was not a genuine option.

Design deficiencies had since been identified with that pool and it would need to be reworked for Mosgiel's version.

That pool's 2013 completion to a $15 million budget was misleading, she said, as the figure did not include certain professional fees and did not factor in inflation.

Councillors debated the issue before Cr Richard Thomson suggested a motion that effectively put the issue on hold while all parties continued to work in the background.

The four days councillors and the trust had been given to digest the report were not enough, considering the disputed findings and the money involved, for councillors to be making a suitably informed choice, he said.

The council would need to review its funding and timing decisions, and ascertain whether the design or scope of the project could change.

It was now likely the proposal could come before the council in the second quarter of next year, he said, to be included in the 2016-17 annual plan deliberations.