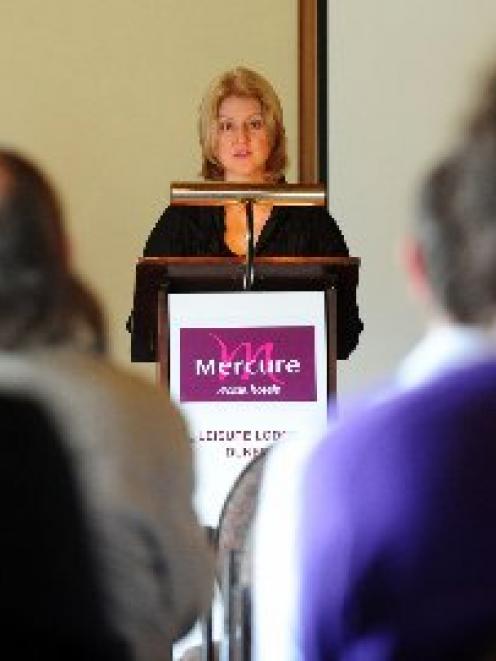 At the Act Scenic South conference in Dunedin, attended by 22 people, Mrs Roy likened the situation to trade union membership, which had been made voluntary "without the sky falling".

She said student criticism of her Bill was "a sad indictment" on the value students placed on the work of their organisations.

"If associations are providing students with valuable services, they should have nothing to fear."

But Mrs Roy's comments have been criticised by Otago University Students' Association (OUSA) president Harriet Geoghegan, who said students' associations were not the same as trade unions; instead, they were a service provider for students with limited finances.

There is rising anxiety among student associations about the likely financial effects of the legislation.

A second reading of the Education (Freedom of Association) Amendment Bill, promoted by Mrs Roy, was almost completed last month, and is close to becoming law.

"Dire consequences have been forecast - the end of student unions and the end of the services they provide.

"It is a sad indictment that they place such limited value on their work.

"All going well, it won't be long before this relic of a bygone era is finally bid farewell."

Asked to respond, Ms Geoghegan said the Bill was "a worry for everyone" employed by the OUSA.

"We've had some people [staff] move on because of the uncertainty."

She rejected the idea student associations should have nothing to fear if they were providing a good service, as students arrived at university with limited funds and plenty to pay on things like rent and living expenses.

The current model was the best way to allow the OUSA to provide the services it did.