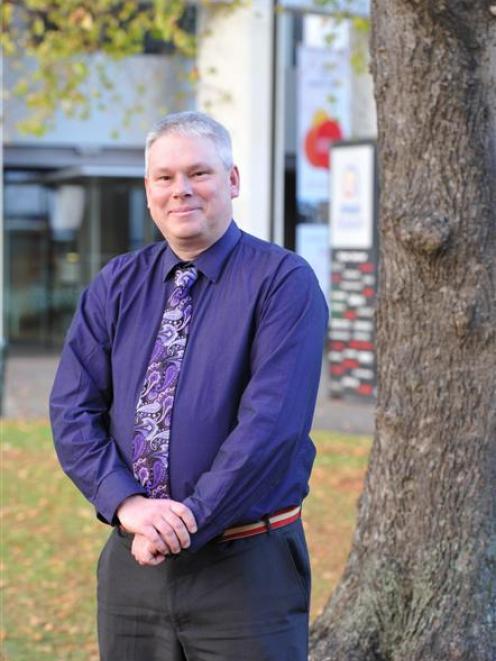 English-born Dr Griffin (47) has a PhD in astronomy and says it was a trip to London's Science Museum with his parents when he was aged 5 or 6 that initially inspired him to become an astronomer.

Dr Griffin, who is chief executive of the Oxford Trust in Oxford, England, a charitable foundation which encourages ''the pursuit of science'' and related education, takes up his job at the Otago Museum late next month.

He was in Dunedin this week meeting staff at the museum, house-hunting, and attending a gathering of some of representatives of the city's cultural organisations, where he met directors of the Toitu Otago Settlers Museum and the Dunedin Public Art Gallery.

He was impressed by the high quality of Dunedin's museums and other cultural institutions and said this greatly added to the city's appeal, including for visitors.

The Otago Museum ''does a very good job of telling the story of Otago'' and was also striving ''to get people to take an interest in the world around them'', he said in an interview.

He had been the first member of his family to attend university, and knew museums could play a vital role, including suggesting to visitors possibilities that might not have previously been considered.

As he prepared to take up his ''very exciting'' new job, he was well aware he was ''standing on the shoulders of giants'' and that the leadership of previous museum directors, including the late Dr H. D. Skinner, had contributed to the Otago Museum being internationally known and respected.

He was mindful of the historically close links between the museum and the University of Otago and wanted to develop those further by using the museum more to display some of the latest in university research.

There was scope to add further interactivity to museum exhibits.

The Otago Museum and its Discovery World Science Centre could not only help inspire the young scientists of the future but also stimulate visitors to learn more about the world, including in cultural and historical terms, he said.