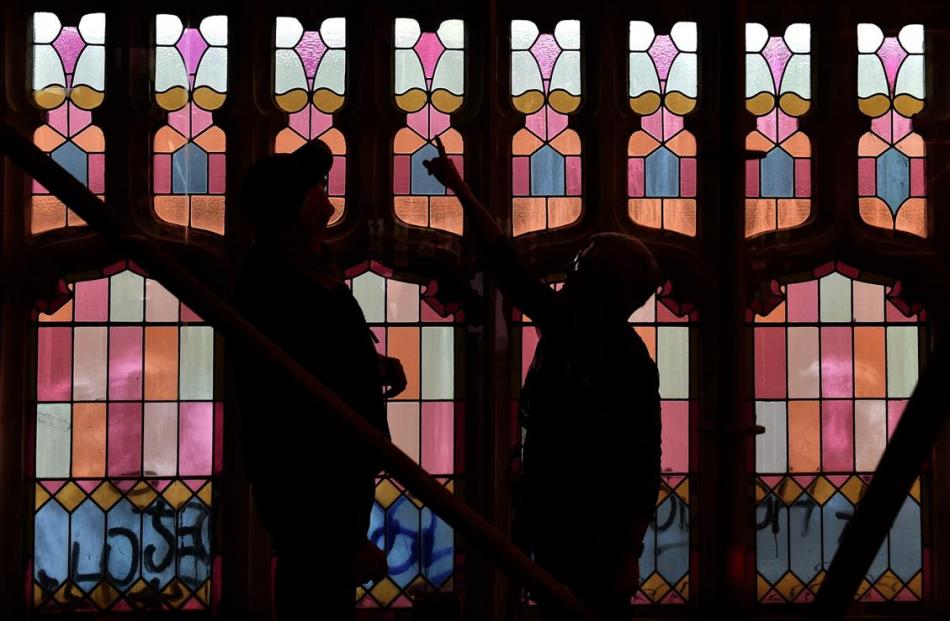 A Dunedin couple are saving a "mess'' to give the Dunedin Symphony Orchestra a new home.

Hanover Hall, the building formerly known as Hanover Street Baptist Church and the Monkey Bar, is being refurbished at a cost of more than $500,000.

The building's owners, Lloyd Williams and his wife, Cally McWha, this week gave about 20 staff from the Dunedin City Council - a sponsor of the orchestra - a tour of the building on the corner of Hanover and Great King Sts.

Mr Williams, who plays the double bass in the orchestra, said the couple decided to buy the hall because a bigger rehearsal space was needed.

"We love old buildings and this one was crying out to be saved. It was in such a mess,'' Mr Williams said.

The main renovation work was on the ceiling, lighting, heating, stained glass windows and new kitchen.

The orchestra would move in on August 1, he said.

The building was 80% compliant with earthquake-strengthening regulations.

The hall seated about 270 people and would be available to hire for concerts, he said.

Ms McWha said a charitable trust had been formed and the orchestra had signed a "favourable'' long-term lease.

The purchase price was confidential but the refurbishment would cost the owners $250,000 and the orchestra $300,000, Ms McWha said.