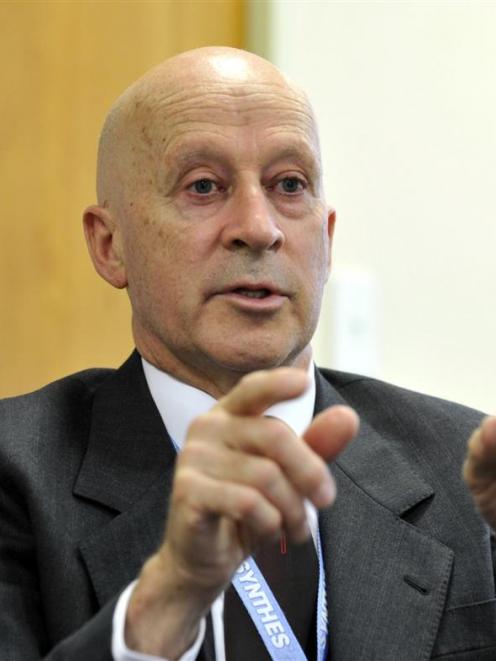 Martin MacFarlane: A road-to-Damascus experience? Photo by Gerard O'Brien.
If the public thought all was sweetness and light in medical circles after the decision to retain neurosurgery in Dunedin, they were mistaken.

After last year's intense and, at times, acrimonious campaign, and a month after November's decision, more than half the country's neurosurgeons signed a letter to Acting Director-general of Health Andrew Bridgman criticising the move.

They said a single service based on the Christchurch site "with robust" outreach had the best possible chance of "standing the test of time" while providing an equitable service.

They also expressed "extreme concern" at the appointment of leading Melbourne neurosurgeon and academic Prof Andrew Kaye to chair the governance board to establish the South Island-wide service. They suggested it would lead to the ultimate failure of the co-operative plan and the recommendations made by the expert panel on neurosurgery.

The letter, signed by 13 of the country's 20 practising neurosurgeons, was among correspondence released this month, five months after it was sought by the Otago Daily Times.

It said they had grave concerns about the recommendations of the expert panel asked to come up with a proposal for the South Island after district health boards could not reach agreement.

The neurosurgeons were upset they had not been allowed to develop neurosurgical services throughout the country.

He had been a strong advocate for having all neurosurgeons living in Christchurch, but has been described as having had "a road-to-Damascus experience".

His appointment seems to have taken much of the heat out of the debate and been crucial to progress in the service development.