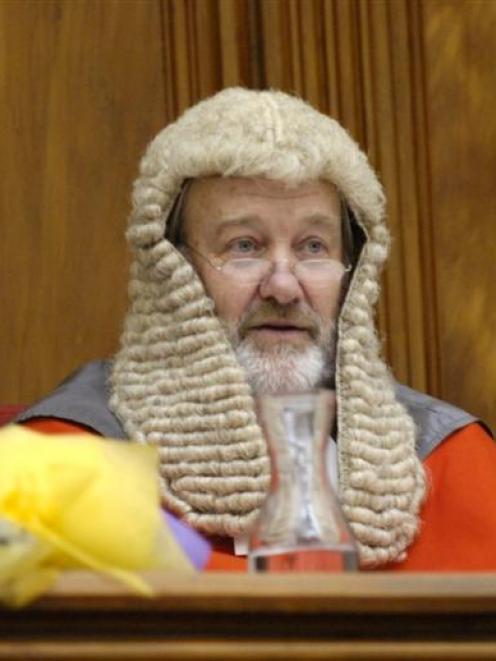 Justice John Hansen, of Christchurch, has the role of non-voting independent chairman of the stadium stakeholders group, which has representatives from the Dunedin City Council, Otago Regional Council, University of Otago and Carisbrook Stadium Trust.

The group put together the latest report on the trust's work this week, and will do so in future, to provide what Dunedin deputy mayor Syd Brown said would be a more robust reporting system that would allow information to go through "unfettered".

Cr Brown said the group had been put together as part of the service level agreement between the council and the trust, as the council's agent.

Justice Hansen would not comment yesterday on his appointment, other than to confirm his role would be independent, and without voting rights, but Cr Brown said it would be to "make sure all the interests of the groups are fairly represented".

Asked if that meant holding the trust to the conditions set down by both councils, he said it was.

The group had the ability to make minor decisions about the project.

A hypothetical example of the level of those decisions was the sort of material used on table tops in the stadium, but it could not make decisions on more significant items, like seat numbers.

Ewan Soper has been appointed chief executive of the Carisbrook Stadium Trust, succeeding Darren Burden, who has become development director.

Mr Soper made the news in 2006, when he was Dunedin chief executive of printing company Wickliffe Ltd, and the company relocated its printing business to Auckland, resulting in the loss of about 150 jobs in Dunedin.

Mr Farry said Mr Burden was asked to take on the role of development director in recognition of his extensive project management background.

He would oversee the design, procurement and construction of the stadium, and associated university developments.

Guy Hedderwick was appointed recently to the role of commercial manager, responsible for managing private sector fund-raising and marketing.

Before joining the trust, he was director of boarding and international studies at Waitaki Boys High School.