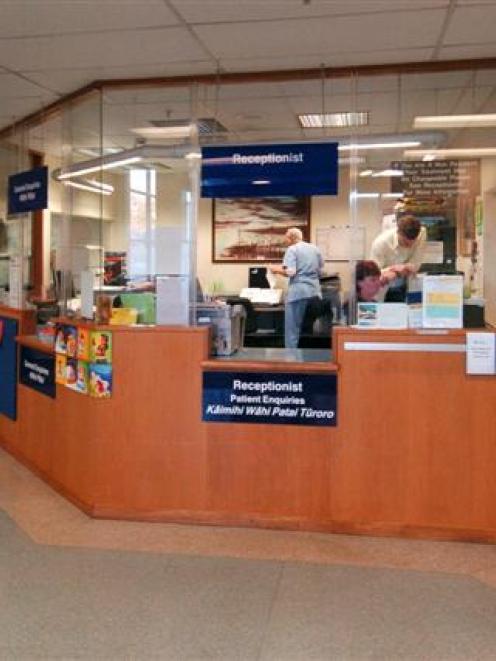 Dr Keruish, who is the clinical leader for the pilot project charged with improving the patient flow through the department, said reference to too many non-urgent patients and the possibility of not treating some of them are distractions.

Most of the people who came to the department did not become in-patients, but even if they were turned away, there would still be a problem of access to in-patient beds, he said.

He was commenting on an Otago Daily Times report of concerns raised in the board's district annual plan about the hospital's ability to meet Minister of Health Tony Ryall's target that most patients should be admitted, discharged or transferred from emergency departments within six hours of their arrival.

The board said it would be difficult to meet this target because of the high level of non-emergency attendances.

The problem was compounded by in-patient bed shortages because there were not enough community hospital-level beds for the elderly.

The plan also raised concerns about the size of the department and staffing levels.

Dr Kerruish said doubling the size of the department would not necessarily work.

He referred to a situation in a big hospital in the United States where a 100-bed emergency department had doubled in size because it was always blocked.

The situation actually worsened, because nothing else in that hospital had changed.

Dr Kerruish said an emergency department that operated well was an indicator of a well-run hospital.

The six-hour target should involve the patient spending no more than three hours in the department, two hours for the hospital medical team to see them and decide whether they would be admitted, and one hour to find a bed.

The emergency department was "really good" at processing patients within its three hours, but the delays occurred after that.

An eight-bed "short-stayer" facility for those people with conditions such as back pain or kidney stones, whose stay might need to be between three and 23 hours, would help the department function more efficiently.

Many other hospitals had them next to their emergency department, and staff worked between the two.

At present, such patients often ended up on beds in corridors.

He was keen to see the work begun in the department - which used the lean thinking methods of the Toyota vehicle company to identify waste and make improvements - extended beyond the emergency department.

Until that happened, only limited gains could be made.

Some work has begun on this, with the support of the hospital advisory committee.

Dr Kerruish said it would be a matter of staff sitting down and working out over about three days, what the problems were and how they could be fixed.

There would not be one answer, but a whole lot of small solutions which would improve the way patients travelled through the hospital, he said.

It would be only when there was engagement with the programme right across the organisation that hospital-wide improvements would result, he said.