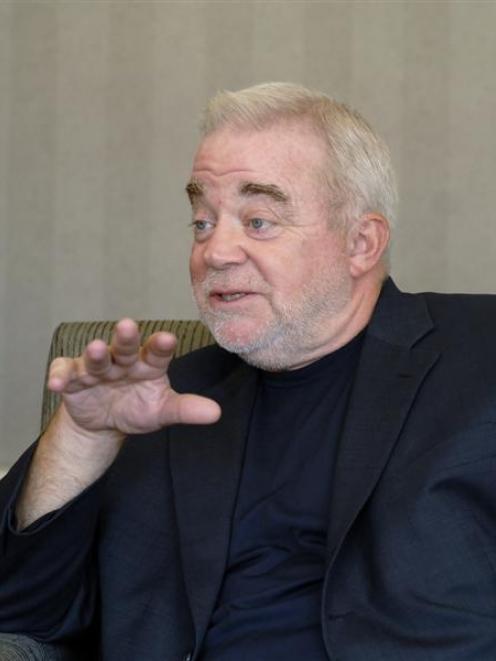 But the long-time Christian minister, writer and social justice campaigner who has been one of Barack Obama's spiritual advisers, says he knows the last place social change is going to come is through politics.

"It's always been that way.

"I know political leaders and I talk to them, but it is really building a movement of ordinary people which is going to make the difference."

Mr Wallis (62) is chief executive of the Sojourners social justice network and magazine.

He is making his first visit to Dunedin as a guest of the University of Otago's Centre for Theology and Public Issues and will today present the Howard Paterson Memorial Lecture.

Mr Wallis said yesterday he was 14 when he realised while faith was personal, it needed to be demonstrated through public actions.

God was personal but never private, he said.

"To me, faith doesn't make any sense unless it is put into action."

Neither a Republican nor a Democrat, Mr Wallace said he tried to persuade politicians to consider social justice, morals and values in their policies.

"[Spiritual leaders] have to speak to both sides on the moral issues ...

Mr Wallis is critical of mainstream US media, which he said portrayed a "narrative of conflict" between faiths.

The Jewish-Muslim-Christian faith community was more united than ever on issues such as immigration, poverty, global Aids crisis, trafficking and caring for the environment, he said, while the social justice movement was also attracting what he called "a whole new denomination" of people who defined themselves as "spiritual but not religious".

"Instead of a political moral discourse we have an ideological food fight and the country is suffering."

Mr Wallis had high hopes President Obama would change that when he was elected almost two years ago.

But the reality was Mr Obama "had campaigned one way and has governed a very different way", he said, not dealing first with angry people who had lost jobs or homes because of the economic crisis.