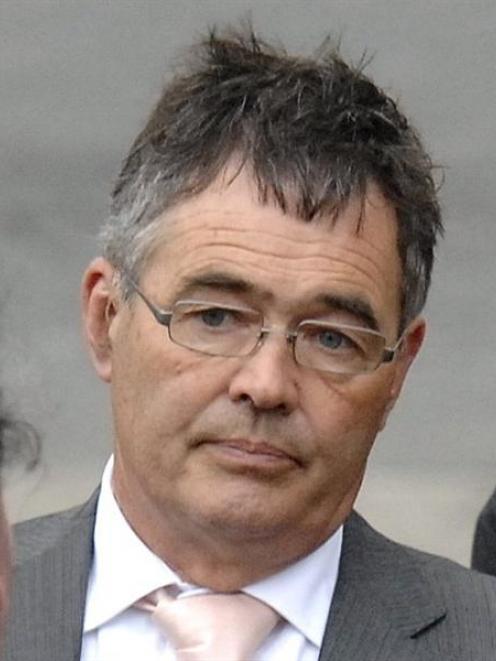 Dave Cull
The Occupy Dunedin group remains camped in the Octagon today despite being issued with a trespass notice yesterday.

The trespass notice was ignored by protesters and not enforced by police last night, exasperating Dunedin Mayor Dave Cull.

At 3pm yesterday, council officials flanked by a security guard issued the group with a trespass notice warning them to cease camping in the Octagon.

The threat of a fine not exceeding $1000 or imprisonment of less than three months failed to deter the group, with its numbers swelling to several hundred before yesterday's 8pm eviction deadline.

Asked last night why the trespass notice was not actioned, Mr Cull said he "had no idea". 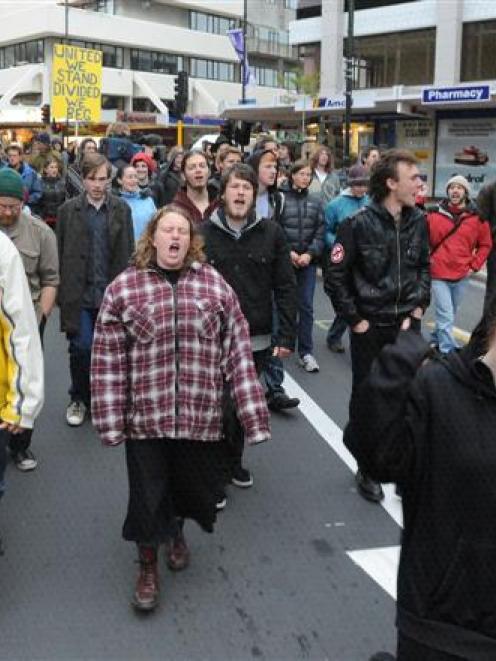 Occupy Dunedin members march around the Octagon shortly before the 8pm deadline of their eviction notice lapsed. Photo by Craig Baxter.
"The context is the council issues the trespass notice and if it is not complied with then we supply that information to the police. They are the agency charged with upholding the law and it is up to them.

"Council's take on it is that council doesn't have the right or the resource to enforce the law of the land ... it is up to police and it is in their hands now." The council would not use the services of private firms to move the protesters, he said.

Mr Cull said the council had received comments both for and against the protesters, "but overwhelmingly the pressure from the community is that they have had a fair go and let the wider community enjoy the Octagon".

Suggestions from some members of the Occupy movement that Dunedin was a "guinea pig" for other centres were dismissed by Mr Cull.

However, that breach was rejected by one protester - "we are not freedom camping; we are camping for freedom".

The Occupy Dunedin group, ranging from toddlers to pensioners, marched around the Octagon shortly before the 8pm deadline, chanting "Shame on the 1%", and "shame on the DCC".

The marchers were largely cheered and occasionally jeered by onlookers, many of whom had been celebrating Melbourne Cup day.

Confirmation the police would not be enforcing the trespass notice was met by loud cheers from the group.

Dunedin-Clutha area commander Inspector Greg Sparrow said he was aware of the trespass notice, but "this is not a straightforward matter and requires careful consideration from a police perspective".

"I won't be rushed into making any decision about what the police response will be. We will continue to work with the lead agency, the DCC, and the occupiers to come to the best and most appropriate outcome for all involved."

Occupy Dunedin spokesman Andrew Tait said the group was here to stay, and the council's action had helped increase their numbers and support.

"We are very pleased the cops did not come. In terms of protests, the city council knows there is public support, the police don't want to come in and do it, but if they do Dunedin first, then they roll them up in the rest of the country."

University of Otago politics lecturer Dr Bryce Edwards said the movement was an anti-political movement of sorts, with a lack of structure, engagement and organisation.

"It is kind of the opposition to politics, in my view."

The Occupy Dunedin movement had links with the Mana Party, the Unite union and the International Socialist organisation, he said.

While there were many messages associated with the movement, the growing inequality in countries like New Zealand appeared to be the major cause.

Mainstream politicians throughout the world were taking the movement seriously because "the politics of inequality are becoming a bigger issue in society", Dr Edwards said.