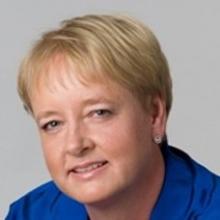 Registrars in Dunedin Hospital's orthopaedic unit are under pressure, and patients could be put at risk because of ‘‘tired'' doctors, the New Zealand Resident Doctors' Association says.

National secretary Deborah Powell said the orthopaedic unit had six non-trainee registrars, and this would soon drop to five.

The registrars are non-trainee because Dunedin Hospital effectively lost its right to train orthopaedic surgeons. Trainees will be back in December, but in the meantime the unit relies on non-trainees to support the specialists.

Dr Powell said the workload and hours were ‘‘simply too much''.

‘‘These doctors deliver front-line orthopaedic care to patients ... and are now being asked to cover 24 hours a day, seven days a week between only six, and shortly five, of them.''

‘‘In early 2015 when we were left without trainees, the DHB responded with platitudes to concerns over the less experienced non-trainees working without their more experienced training programme colleagues,'' Dr Powell said.

In a May 2 email to the health board, Dr Powell asked how the unit was going to cope with the impending vacancy, and contacted media after receiving no response.

‘‘NZRDA is concerned the DHB appears to have no contingency plan available to respond to the impending reduction in doctors and seems willing to wait and see, despite the negative impact this will have on the registrars' health and wellbeing, and potentially patients should a tired doctor make a mistake,'' Dr Powell said.

Health board surgical division medical director Stephen Packer said in a statement the service was ‘‘well staffed'' with senior consultants and non-trainee registrars.

A registrar was leaving in July, and the board was also trying to replace another registrar who was on parental leave.

‘‘The service is working with the registrars and consultants to manage the roster with due regard to safety and workload issues.

‘‘The public is assured that provision of a safe and efficient service will continue, with patient care being unchanged under a consultant-led service for both elective and acute admissions,'' Mr Packer said.