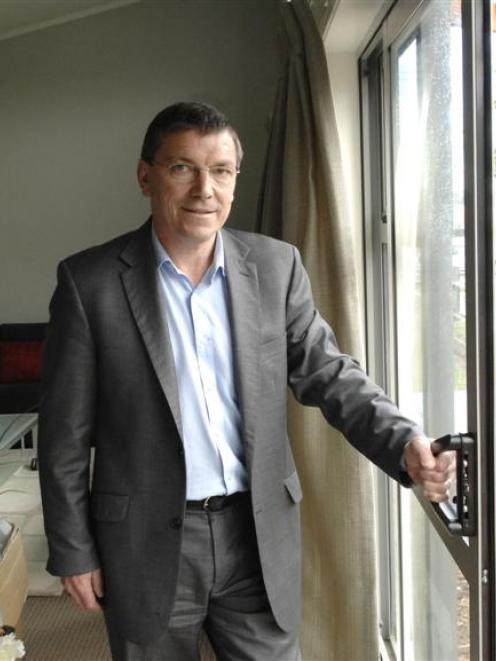 But the house, Dunedin's entry in a national sustainable housing competition, does not give its energy-conservation secrets away at first glance.

Last year, Otago Polytechnic won a Ministry for the Environment contract to run Shac 09, a competition to encourage designers, builders and suppliers to produce affordable and practical sustainable homes.

Ten teams entered, coming up with ideas such as rammed earth construction and an innovative exterior cladding made of timber and soy. A team in Wellington is producing an outdoor balcony room able to be clipped on to an existing high-rise to provide extra living and garden space.

Otago Polytechnic has two entries in the Shac competition, the Dunedin sustainable house and a sustainability show home built by a private contractor. Judging is under way, with the awards ceremony scheduled for November 20 in Dunedin.

A symposium to discuss sustainable building trends and the ideas used by competitors will be held in Dunedin from November 19-21.

Among the guest speakers will be furniture designer David Trubridge, architect David Strachan, environmental engineer Susan Krumdieck, and Lawrence and Antje McIntyre, whose power bills for their Golden Bay home are as little as $91 a year.

The Dunedin house, a three-bedroom transportable home, was designed and built by students and others using materials and products from more than 20 local suppliers.

The house had an energy star rating of 6.5, Mr Rickerby said. A standard wooden villa in Dunedin has a rating of about 2, and anything over 4 is considered good.

As well as being warm, its other useful features include low-energy lighting, a water-saving dishwasher, eco-friendly paint, solar heating panels and a rainwater collection system. The idea was to produce a house which anyone in Otago could replicate, polytechnic marketing assistant Katie Ellwood said.

"There is nothing here people can't buy locally. We wanted to present something which was achievable and affordable."

The house and two others also built by students will be auctioned next month, with proceeds going to charity.