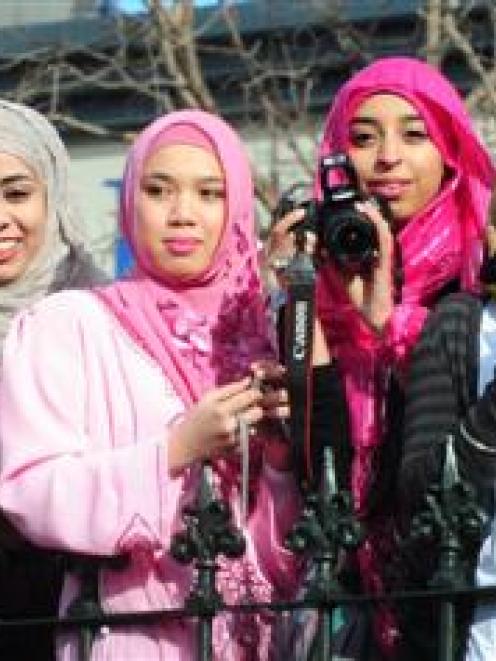 Dunedin Muslim women watch as their men dance. Photos by Craig Baxter.
A special group of Muslim visitors was in Dunedin yesterday to celebrate the end of Ramadan, the Islamic holy month of fasting.

Eight Muslims from Christchurch joined the Dunedin Islamic community for Eid Al-fitr, which marks the end of Ramadan.

"We were evacuated by the Saudi Consulate and escaped from Christchurch to Dunedin," Khalid Bib Nahidh said.

"Saudi Arabia has no earthquakes or even rumbles. It was the first time we have ever 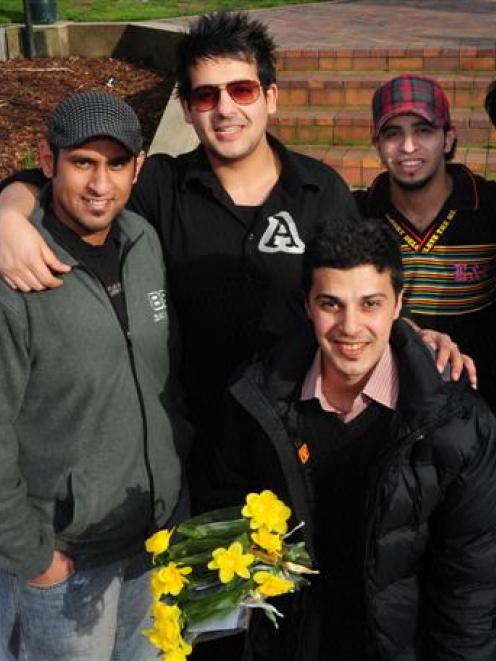 The Saudi Consulate is paying for the eight evacuees to stay at the Southern Cross Hotel until the situation in Christchurch has normalised.

More than 200 members of the Dunedin Muslim community gathered in the Octagon yesterday morning to celebrate Eid Al-fitr.

The group marked Eid Al-fitr with traditional singing and dancing on the Octagon lawn. 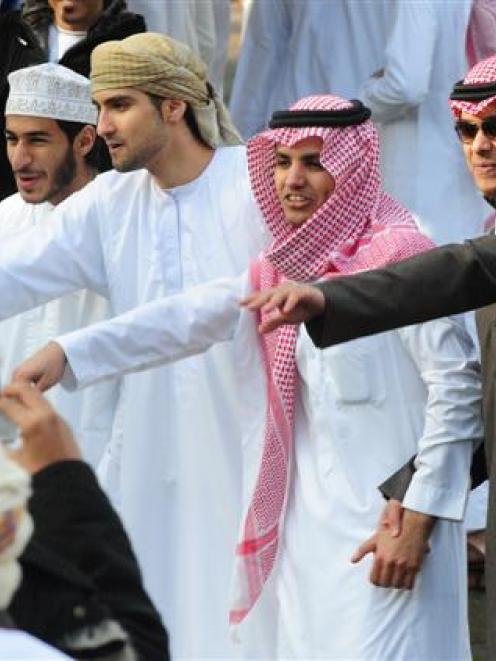 The Dunedin muslim community celebrate the end of ramadan.
"Afterwards, we have a breakfast at the mosque," Mr Andijani said.

During Ramadan, Muslims fast during daylight hours to remind them of self-discipline, generosity and the suffering of the poor.

The month is also used to reflect on their lives, make peace with those who have wronged them, strengthen ties with family and friends, and do away with bad habits.