Rainfall effect on sewage of concern 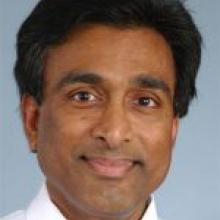 Regional council resource management director Selva Selvarajah said council staff were investigating the failures and had requested an explanation from the city council as to why it occurred and the source of problems.

"It is not satisfactory."

A report to the biosecurity and compliance committee meeting recently said the response from the city council was that the discharges were unfortunate, but unavoidable, and the West and East Harbour foul sewer lines had been designed in accordance with best practice.

Information from the city council suggested the primary cause of the discharges was stormwater infiltration into the foul sewer system because of highly saturated soils at the time due to an unusually wet month, the report said.

Despite any design precautions, certain weather conditions would cause a system to overload and result in un-treated or partially-treated sewage flowing into a waterway.

Dr Selvarajah said the July event was not an extreme event compared to other high rainfall periods, so it was important to look at the source of the problem to see how and why the water was getting into the system, and remedy the problem.

"There may not be an easy solution for it."

Enforcement action would not be considered until additional information from the city council was available and the investigation was complete, he said.

City council waste services manager John Mackie said it was not an uncommon problem, and was one which many cities experienced during high flow events.

However, the city council was looking at the issues, having just completed the first stage of a project looking at waste, storm and potable water networks in the city. Stage one, costing $1.4 million, included monitoring rainfall during winter, and measuring flows and water quality in both waste and stormwater systems.

"We are profiling the entire water cycle of the urban catchment of Dunedin."

A funding request for stage 2 would go to the council's long-term council community plan and include detailed analysis and assessment of the condition of the city's old pipes, he said.

In the meantime, work had begun in South Dunedin to re-line some of the old pipes to prevent groundwater getting into the sewerage system, and a close eye was being kept on areas of concern in Mosgiel and South Dunedin.

A strategy covering the future of the three water systems, also taking into consideration climate change issues such as sea level rise, more intense rainfall and storm surge, was expected by October 2009.