Reggae-rockers stick around for after-party 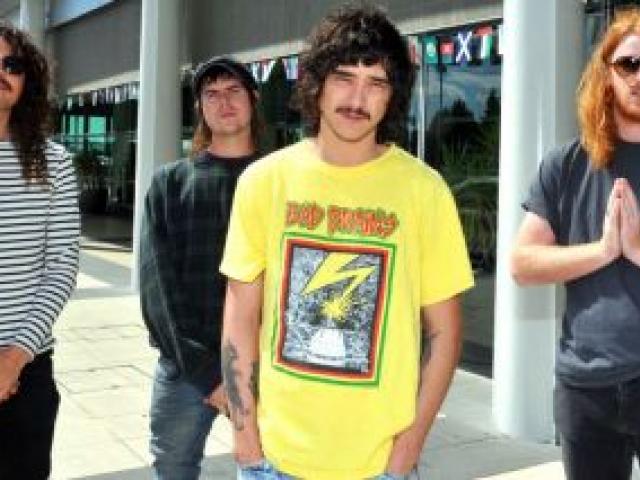 Sticky Fingers members (from left) Beaker Best, Paddy Cornwall, Dylan Frost and Seamus Coyle take in their first impression of Dunedin after arriving at Dunedin International Airport yesterday. Photo by Gregor Richardson.
If Sticky Fingers members have fulfilled their promise, they will be a little worse for wear today.

The Australian reggae-rock band are on their first tour of New Zealand, and it has been ''f ... wild'', bassist Paddy Cornwall says.

''There's been heaps of chanting afterwards and hanging with the locals.''

Cornwall was keen to add to the band's tally of after-parties by meeting the scarfies.

''I've heard there's lots of kids ready to rock,'' he said, of what he had heard of Dunedin's locals.

The band were able to cope with the daily routine of rock, party and sleep, by acclimatising themselves, he said.

About 4500 people were expected at last night's concert.