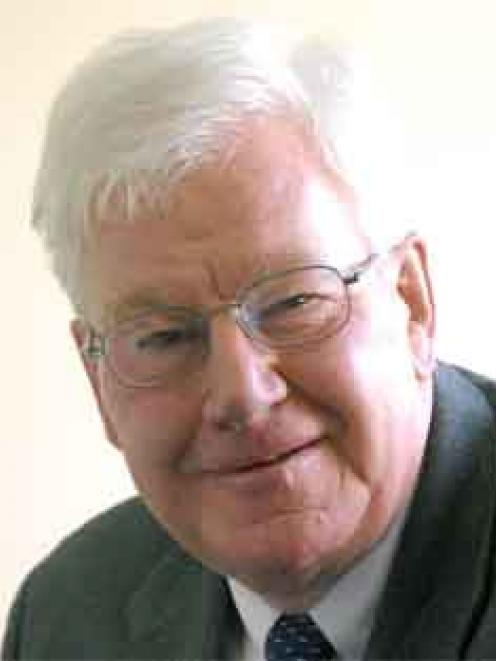 Joe Butterfield
The National Health Board has agreed to review the mental health "ring-fence" funding formula for the Southern District Health Board to find out whether an "aberration" is forcing it to overspend in the area, chairman Joe Butterfield says.

He clarified "loose" comments he made at Thursday's meeting about the ring fence around mental health funds.

"I've caused a kerfuffle by being rather loose in my language."

An agreement had been reached with the National Health Board to review the ring-fencing formula as applied to the Southern board, which at the meeting he called a "major achievement" .

He told the Otago Daily Times yesterday previous attempts to get the formula reviewed had been unsuccessful.

The board was overspending on mental health against the population-based funding formula, which appeared to be an aberration.

He supported the concept of the ring fence, but how it was being applied in the DHB's case effectively penalised the Southern board and it might need to be reworked. He emphasised that seeking the review was not a precursor to service cuts.

Ring-fencing of funds was introduced to ensure mental health was properly funded.

At the meeting, he said the "arcane" funding mechanism was an "impediment to us running our business the way it should be run".

"We've got that agreement. The NHB has agreed the impediment should not be there. We should be able to develop our mental health services and budget for them without taking this ring-fence limitation into account. That's a major achievement."

At the meeting, board member Richard Thomson cautioned against dropping the ring fence, as it was introduced because "whenever boards get in schtuck" they tried to cut costs in mental health.

"I would be very careful about it."

Yesterday, after being advised of the clarification, Mr Thomson said he agreed a review was needed. There could be a need for a separate population-based funding formula for mental health.

Otago historically received high levels of mental health funding, as it had shown it could put them to good use, but had then had to continue funding mental health to a certain level and was forced to use funds that could otherwise be spent in other parts of the health budget.

The review was a threat to service levels, as the ring fence was put in place to protect them, he said.

Finance and funding general manager Robert Mackway-Jones said the Southern board had particular problems applying to the ring fence.

"The intent of what Joe [Butterfield] said was that the applicability of the ring fence needs to be looked at with the local DHB conditions, and one of those factors is the view that the DHB spends more on its mental health services, both under the current ring-fence policy and also under a [population-based funding] view, which is not the setting for mental health expenditure."

Mental health faces a deficit of about $3.7 million this financial year.