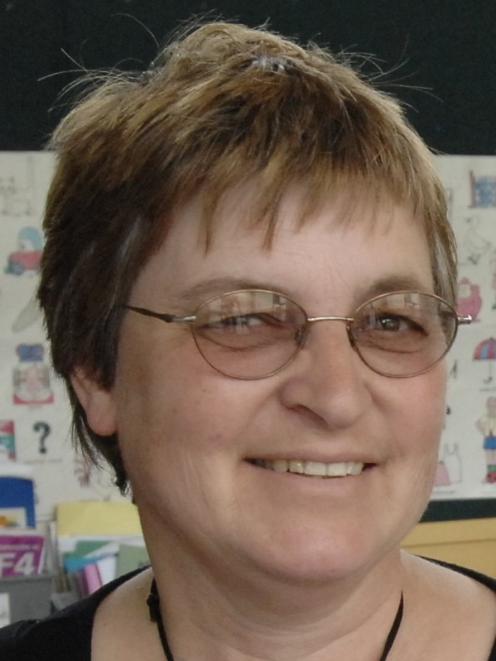 Glenda Jack
It seems not everyone welcomes the South Dunedin schools review.

For Calton Hill School, it has come out of the blue, and the Otago Primary Principals' Association has predicted there will be turbulent times ahead, with strong debate among the schools about the way forward.

Education Minister Anne Tolley was in Dunedin on Tuesday to announce consultation on the restructuring of six South Dunedin schools had begun, and presented two options for consideration.

Option two was to close Macandrew Intermediate and merge Caversham, College Street and Calton Hill schools into a years 1-6 contributing primary school on the Caversham site.

Mrs Tolley called on the school communities to come up with other options which would also be given consideration.

Calton Hill School principal Glenda Jack said the announcement came as a shock yesterday, and she was concerned and frustrated by it.

"It was totally out of the blue for us."

Mrs Jack said she expected the school could potentially be amalgamated with Corstorphine School.

But when Corstorphine closed in June this year, she thought the pressure would be taken off the surplus of classrooms in South Dunedin, and Calton Hill would be left alone.

"I was expecting we might be merged with Corstorphine, but not with schools down the hill."

Mrs Jack said Calton Hill School's roll consisted mainly of Pacific Island pupils and she was worried the character of the school would disappear if it was merged.

"We have families that don't cope with change well, and I have concerns that a merger might not be an advantage for the children."

The school's roll continued to grow, and she predicted it would increase to more than 80 pupils next year.

The school was more than 2km from Caversham School and too far for pupils in her community to walk.

"The cost of buses is about $2 a pop each day. I think that would be too expensive for many of our families."

She said it would make more sense to merge with Concord School rather than Caversham or College Street schools.

It was an option also raised by Caversham School principal Mike Darracott.

The option was to be discussed by the Calton Hill School board of trustees at a meeting last night.

Otago Primary Principals' Association president Jenny Clarke said communities would initially be concerned by the announcement because of the emotional attachment communities develop for their school.

Mrs Clarke said redundancy would be the outcome for many people who had devoted years to their school, and regardless of how forward thinking they were, it would be a stressful time and process.

She said the South Dunedin schools were determined to work collaboratively through the process for the best possible long-term outcome of education in the area.