Sea lion gets some extra protection 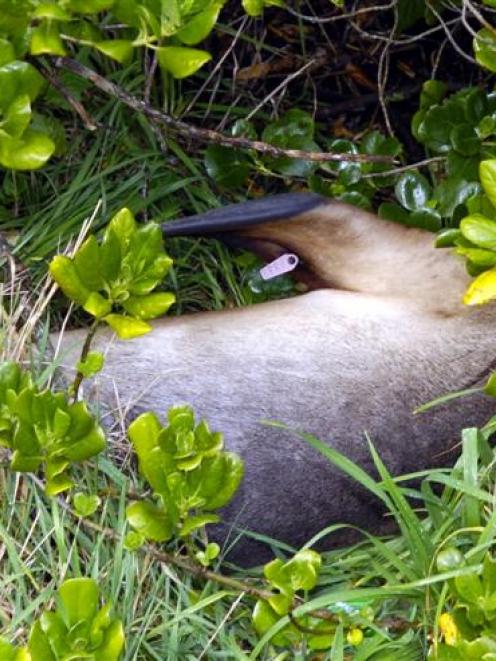 Ruby the sea lion takes a nap in bushes next to Kettle Park, in St Kilda, Dunedin. Photo by Gerard O'Brien.
A fence and a little help from nearby residents have helped the Department of Conservation protect a sea lion who has taken up residence in bushes beside Kettle Park in Dunedin.

Two months after the 18-month-old sea lion, from the Auckland Islands, took up residence on the edge of the park in St Kilda, Doc is pleased with the behaviour of beach and park users. .

Doc coastal ranger Jim Fyfe said the fence had reduced dog-related problems by 95% and helped keep the sea lion from straying on to the field.

People occasionally let their dogs get too close, but the sea lion was big enough to hold her own against a dog, as long as it was not aggressive, he said.

The sea lion had probably chosen the spot for the cover the coastal vegetation offered, as well as the beach access to her feeding grounds.

It was hoped she might join the sea lions based around Sandfly Bay, he said.

The sea lion was tagged in the islands in the summer of 2006 and last October was seen in Oamaru, where she acquired the name of Ruby.

Two months ago, she turned up near Kettle Park, where she was spotted by the staff of the Mahi Ora programme, who work next to the park.

Manager Lisa Phillips said staff had been keeping a watch on the sea lion and distributing pamphlets on what was appropriate behaviour around her.