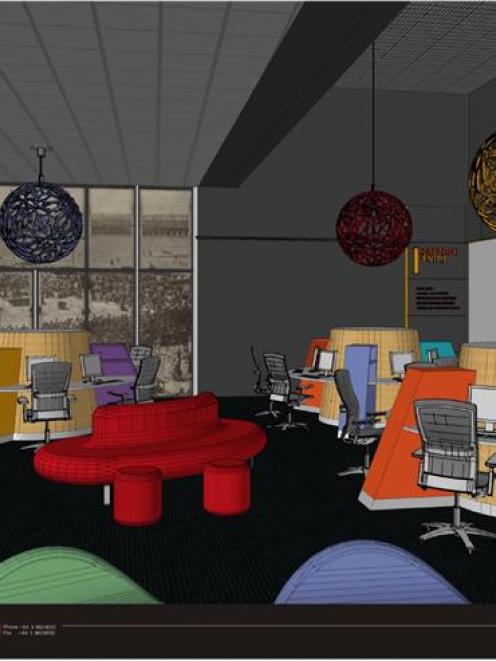 Several Otago Settlers Museum Board members told this month's board meeting they were pleased with the strong financial support from the Dunedin City Council for the council-owned museum. In the latest budget-setting process, the council decided to give the museum $1.25 million for fit-out costs, down from $2.16 million.

Museum staff had told councillors the money to complete the fit-out had not been included in the museum's $39.2 million development budget.

Some exhibition plans would be deferred and some further funding for other "phased" spending would be sought through a later council annual plan process, board members heard at the museum board meeting.

Board members also examined concept graphics from Hierarchy Architecture, Christchurch, for a new self-help research centre, to be developed in a former functions area, near the museum's previous main foyer.

The concept plan is still being considered and the research centre's name has also yet to be finalised.

Asked about the effect of recent funding cuts, museum director Linda Wigley told the board she was happy with the funds provided.

"We'll have something very, very special."

• Museum supporters have already raised more than $10.1 million in community funding, including $6 million from the Ministry for Culture and Heritage, towards a $10.8 million target, within the overall costs of the $39.2 million project.

Museum officials said the fundraising target would be increased by a further $1.25 million, to meet an adjusted share of costs, but the extra funds did not have to be raised before the redeveloped museum opened this year.