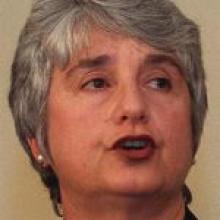 Sian Elias
A segment of a tape of David Bain's 111 call was not played to the jury at his murder retrial because it contained what the Crown alleged could be interpreted as a confession.

The Crown alleged the words "I shot the/that prick" could be heard in the message during an out-of-breath exhalation by Mr Bain, although even its own expert opinion on the sounds was unclear, first about whether the sounds were even words, and then about what the words were.

The part of the recording in which the sounds are heard was not played to the jury on the order of the Supreme Court, which said the evidence was irrelevant because no-one could know if the sounds were words, rather than meaningless exhalation of breath.

If the Crown's claim was put forward at the retrial there was a potential for it to be "profoundly" prejudicial to Mr Bain.

Chief Justice Dame Sian Elias said it had to be made clear the material was not considered relevant or reliable.

The alleged "words" were discovered in 2007 when the 111 recording played at the first trial was sent to Dunedin company Strawberry Sound.

There, a detective and one of the company's employees heard for the first time what the Court of Appeal called "the disputed sounds".

Strawberry Sound declined yesterday to comment on how its employee first heard the sounds off a CD recording of the message.

The recording was sent to Britain for analysis by forensic experts and was also analysed by experts for the defence.

A forensic speech and audio scientist from the University of York, Prof John French, and Phillip Harrison, a forensic consultant at the same university, reported to the Crown that the material heard on the particular exhalation could be heard as the disputed words, particularly since Mr Bain had uttered "2 5 2 7" (numbers from his telephone number) to the 111 operator in the same way on exhaled breath.

However, they said, it also remained entirely possible it was not words.

"It could be no more than an audible out-breath that has, in the distress of the moment, been modified by a random and unfortunately sequenced series of movements of the tongue and lips so as to create a series of sounds that could - albeit with a little effort - be heard as "I shot the/that prick".

They concluded it would be dangerous to place that interpretation of the disputed words before the jury because it was not possible for an expert or a layman to resolve "either way" by listening to the recording whether the sounds were speech or breath.

Another linguistic specialist suggested the words could be "I can't breathe".

Another said most people would not hear the words alleged, but once suggested to a person they could be heard, she said.

Mistakes often occurred on the basis of such expectations.

Thomas Dempsey, the ambulance officer who took the 111 call, had not heard the disputed words originally, but after being told of the words in 2007 and asked to recheck the tape, said he heard the words "I shot the prick I shot" and was "stunned that I hadn't heard the words previously".

Justice Graham Panckhurst ruled the interpretation of the 111 call must be a question for the jury and allowed the evidence to be admitted.

The jury would not be provided with a transcript of the 111 call, although expert evidence would be called.

The Court of Appeal agreed with him and expressed confidence he would warn the jury of the dangers of suggestibility.

Justice Panckhurst and the Court of Appeal judges were of the view the words were there to be heard.

The defence argued the disputed sounds should be excluded because they did not prove anything, were irrelevant and would create a risk of suggestibility that could bias the jury against Mr Bain.

It said the risk of jury speculation as to the content of the sounds, and the risk of the contentions put forward being available to them, made it necessary to excise the portion of the recording. - Additional reporting NZPA