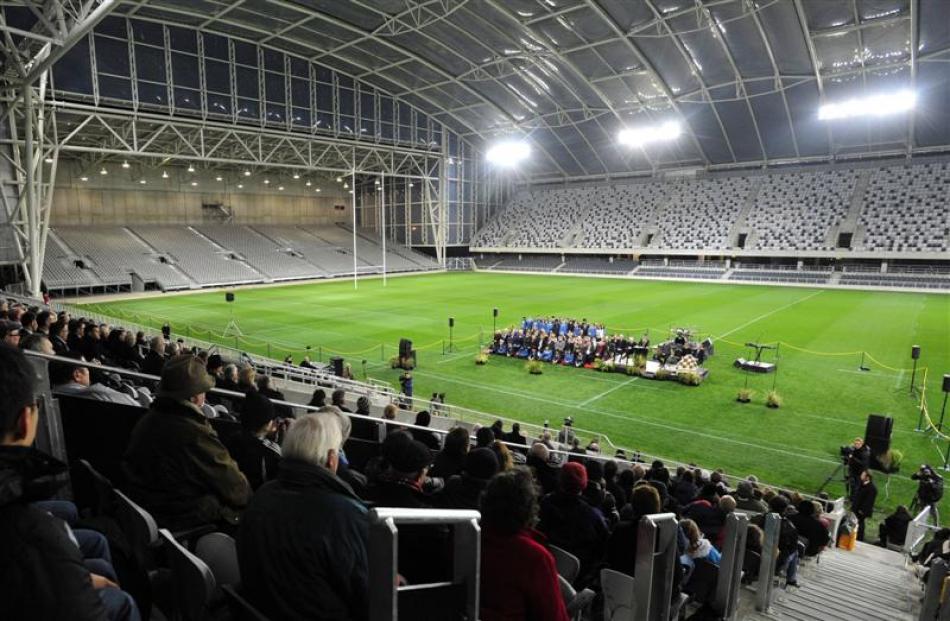 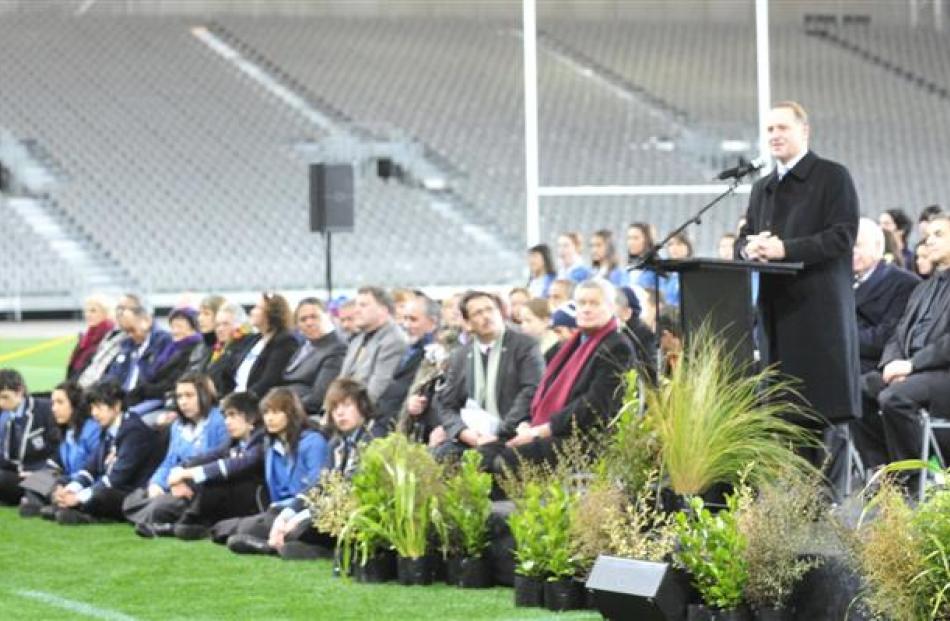 Dunedin's Forsyth Barr Stadium was officially opened, blessed and made ready for business early yesterday, just two years after piles for the building were driven into the ground beside the Otago harbour.

Prime Minister John Key did the honours at a stadium he said would become known as "the house of pain and pleasure": pain for visiting football teams and pleasure for its users.

The service began shortly after 7am, with a mana whenua dawn blessing.

Mr Key unveiled a plaque that read "My success is not the success of one, but because of the success of many,": a Maori proverb suggested by Ngai Tahu.

He told a crowd of about 500 at the opening the stadium was "incredibly important" for the city of Dunedin, and for Otago.

He noted the $15 million the Government had provided for the venue, which he said had been given because the future of the city was linked to the strength of the University of Otago, and the stadium was "integral to the growth of the university and the medical school".

"It was my view the Government should step up to the plate."

Answering questions after the opening, he said he had "not looked really closely" at the controversy over Dunedin City Council debt.

It was confirmed late last week the council was $8 million a year short of paying its debts, because Dunedin City Holdings Ltd was unable to pay the dividends the council had asked of it.

Mr Key said there was always controversy when a project of the stadium's size was built, but in his experience, it died away once the project was completed.

Mr Cull strayed slightly from his speech notes, when he said the stadium had been built "pretty much on time and on budget. It is a phenomenal achievement, by any measure, very worthy of celebration."

He paid tribute to Mr Farry, and the trust, which had been behind the project "all the way through the entire process".

The vision of a stadium catering for the needs of the region had been "vindicated" by the early booking of Elton John.

"More headline acts are in the pipeline, I understand," he said.

Mr Cull also paid tribute to the ratepayers of Dunedin, and Otago, "who overwhelmingly, are paying for it".

He acknowledged many in the community felt the city could not afford the venue.

"Few projects have ever so divided our community."

The city needed to bridge that divide now the stadium was complete, as "we all have a common interest in making the most of this magnificent stadium and making it fly".

Mr Farry said controversy around the funding issues would be a major focus for the Dunedin City Council, but "it will be said in hindsight this was the wise and correct decision to make".

The stadium was built at a lower cost than any other in New Zealand, with a roof, "that will enable us to be the best - not the biggest - but the best stadium in New Zealand", he said.

The formalities were followed by entertainment from the City of Dunedin Choir, City of Dunedin Pipe Band, John McGlashan College Pipe Band and vocalists Kawiti Waetford and Janine Weatherly.