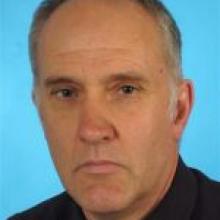 Neil McLeod
The Forsyth Barr Stadium has been given a pass mark and building consent for its fire safety.

There were three main aspects to fire safety in buildings: allowing people to exit the building safely in the event of a fire; allowing the Fire Service to rescue people; and making sure any fire did not spread to other buildings.

The design included sprinkler systems and smoke alarms, and "various other control systems", he said.

One major aspect of safety was in-built redundancy in the width of the exit spaces, meaning they were built wider than they would need to be under normal circumstances.

"That's a common theme with most fire designs," he said, including at buildings like Sammy's, a venue that was ordered to close in March, after fire safety fears were raised, and re-opened shortly after.

"The exit widths determine how many people can go in a building," Mr McLeod said.

Buildings with steel-sheet roofs, like the Warehouse, Mitre 10 and Bunnings buildings in South Dunedin, had "plastic inserts" that both allowed light in, and would disintegrate in the event of a fire.

"This building [the stadium] is quite different," Mr McLeod said.

There was already "quite a lot of cross-flow ventilation" from openings in the stadium, which would allow heat and smoke to escape.

Auckland-based fire engineer Ed Claridge said the Fire Service had a role under the Building Act to review the design for the stadium, and provide stakeholder advice during the design stage, which Mr Claridge was involved in.

He said ethylene tetrafluoroethylene (ETFE) was a "fairly interesting material", and was being used as external cladding on Eden Park's south stand.

Asked if it was safe, he said "from a Fire Service perspective, it is".

Because the material was so thin, and "disappeared" quickly when burned, it allowed heat and smoke to escape.

One way of dealing with smoke being trapped in a building with an ETFE roof, as the stadium will have, was to have a "heat zip" across the material, that would heat up and burn away the material in the event of a fire, providing an opening.

That system, though, had not been used in New Zealand.