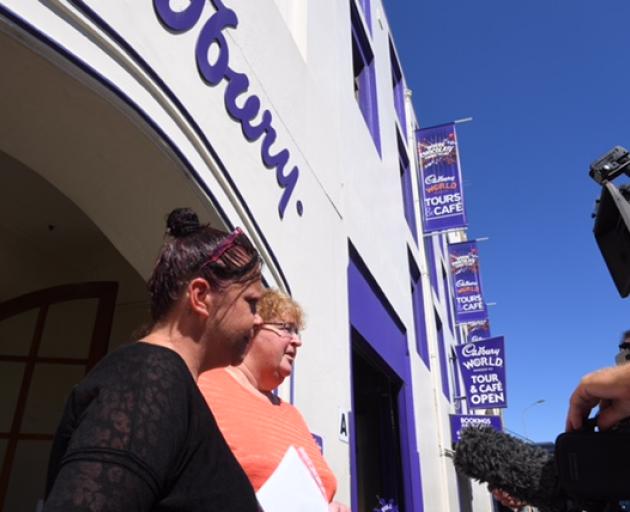 Factory machine operators Teresa Gooch (45) and Donna Bouma (56) had been working at the factory for 16 years.

Ms Bouma said the workers were "absolutely devastated'' about the proposal to close the factory.

"The crew were shocked, it's just unbelievable and very surreal,'' Ms Bouma said.

She said the workers were prepared to "fight'' the proposed closure.

Ms Gooch said the prospect of keeping their jobs "did not sound very good'' and staff were feeling "raw''.

"It's hard to step away from your emotions, hopefully we'll all fight and have a chance to win,'' Ms Gooch said.

The emotion had got the better of a few staff who did not attend work today, Ms Bouma said.

Ms Gooch said the factory management had been supportive.

"The company have been really good and not worrying about production at this time ... the company are quite happy to let us deal with our emotions.'' Ms Gooch said.

However, next week the production would return to normal, she said.

Ms Bouma said the workers had been getting scores of messages of support from across the city and New Zealand.

E Tu organiser Mike Kirwood said Mondelez International Australia and New Zealand gave the union a formal proposal at a meeting at the factory today and talked to them about it.

The meeting today had a couple of heated moments, he said.

The proposal was to shut the factory down, he said.

The union would "pick the proposal to pieces'' and challenge them on it at a meeting with Mondelez on Tuesday.

The union would set timelines with Mondelez at the meeting.

Mr Kirwood would not reveal any other details of the proposal but vowed to fight it.

"It's consultation and we will challenge what they are putting forward ... we would like to see it stay open but there is a lot of work to do yet.''