Tips on hindering flu spread not be sneezed at 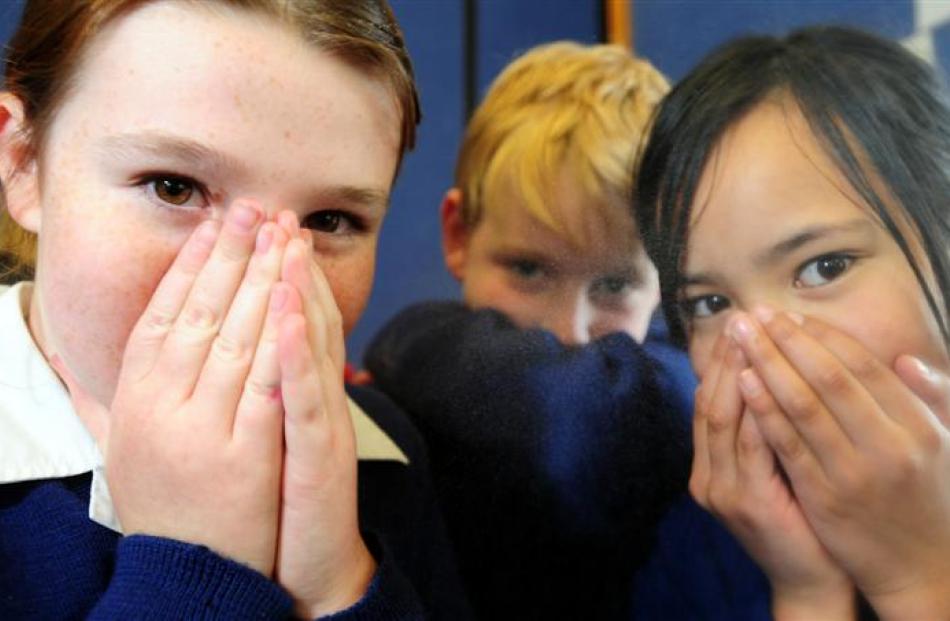 Saying "bless you" when you sneeze at St Joseph's School in Dunedin is optional. But covering your mouth and nose is not.

Pupils at the school will be among thousands in New Zealand who will be given SneezeSafe lessons this term in a bid to inhibit the spread of flu this winter.

Canterbury District Health Board virologist and University of Otago Associate Prof Lance Jennings said flu could cause serious respiratory complications - especially for children and the elderly - and if schools took steps to protect children from it their education and the wider community would not be hindered by illness.

"We know that children are the most prolific spreaders of flu.

"Top that off with another key finding that more than a quarter of New Zealand sneezes are left uncovered, potentially sending thousands of flu virus particles into the air for others to breathe," he said.

"Children who grasp good respiratory hygiene at a young age will begin a positive flow-on effect in their families and communities and throughout their lives."

Dr Jennings said the H1N1 09 virus, along with H3N2 and B viruses were expected to be the seasonal flu viruses circulating this winter.

If children learned to trap sneezes with a tissue, the inside of their elbow or with cupped hands covering their nose and mouth, the spread of viruses would be inhibited.

He said it was also important to put tissues in the bin after using them once, and wash hands after sneezing into them.

Apart from learning why sneezing is the biggest culprit in the transfer of cold and flu viruses, pupils across the country today will also learn how the brain sends messages to muscles in the body to choreograph a sneeze, as well as how far and fast untrapped sneezes travel.

• Trap a sneeze with a tissue, the inside of your elbow or with cupped hands covering nose and mouth.

• Put tissues in the bin after using them once.

• Wash your hands after sneezing into them.