Police say they would prefer not to issue speed camera tickets.

The Southern District acting road policing manager, Senior Sergeant Steve Larking, said none of the revenue from fines went to police; it went straight to the Government consolidated fund.

''In fact, it costs police money to issue infringements and we would prefer to not issue any, as this would show everyone was travelling at a safe speed, and road deaths and injuries would plummet.''

The figures show the top camera spot in Otago and Southland was a mobile speed camera on State Highway 1 at Flag Swamp, with 1860 offences recorded.

However, that camera was removed during the motorway upgrade.

There was no plan to return the camera ''at this stage''.

Mobile and fixed cameras were deployed in areas where they would be most effective in slowing down drivers and preventing death and injury, he said.

He emphasised camera placement had nothing to do with ticket numbers, but was based on a range of factors, including crash risk factors and public feedback.

Police also liaised with a range of agencies, including the NZ Transport Agency, local authorities and other interest groups before choosing a site.

In areas where residents or businesses might be directly affected by the placement of a camera, police consulted them as part of the process, Snr Sgt Larking said.

''The international research is clear that speed cameras help to reduce speeds on the road, which corresponds to fewer deaths and injuries.''

Snr Sgt Larking said if people drove within the safe posted speed limits, ''they have no need to worry about being ticketed or paying a fine''.

''Driving at a safe speed and to the conditions means you are also less likely to be involved in a crash that could hurt you or someone else ... it's that simple.'' 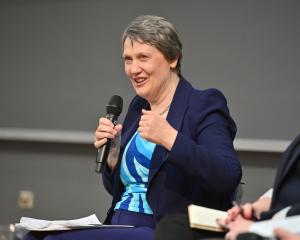