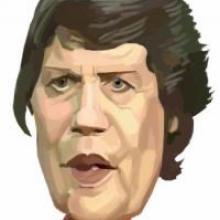 Robert Clark
Parts of the $45.8 million Dunedin Town Hall upgrade have again been sent back to the drawing board, with a redesign under way that could cut costs and kill plans for a cube-shaped glass entrance.

Dunedin City Council city property manager Robert Clark yesterday confirmed details of the redesign to the Otago Daily Times, after it was revealed during debate over the council's 2011-12 pre-draft annual plan hearings.

Mr Clark - speaking outside the hearing - said staff were looking at new "design initiatives" for the town hall project, details of which would be presented to the council's finance, strategy and development committee next month.

The review included reconsidering whether the planned glass cube-shaped entry was "the most appropriate solution for an entrance", but could also result in cost savings being identified within the project, he said.

Changes were also being considered for the Glenroy Auditorium component of the wider upgrade project, and minor improvements had already been made to the design of the Municipal Chambers upgrade, he said.

It is the latest step in the long-running saga over the town hall project, after an earlier plan for a glass atrium over Harrop St ran into furious community opposition and was abandoned in 2008.

That led to a revised design being unveiled the following year, including the glass cube-shaped entrance and other changes, as part of a wide-ranging redevelopment of the town hall, Municipal Chambers and Dunedin Centre.

A review of the original design had been under way for several months, and had identified areas to improve and possible savings, Mr Clark said.

He declined to comment when asked about the size of any savings, saying only the overall cost could come down, or the savings could be used to improve other parts of the design.

The redesign could include completely removing the glass cube-shaped entrance, or redesigning it to make it a more functional space.

Changes to the Glenroy Auditorium were also being considered because concerns had been raised about the impact the original design could have on the facility, he said.

"A number of people have concerns that the current recital hall is regarded highly within musical circles," he said.

Much of the town hall upgrade was focused on improving fire systems to meet regulatory requirements, and was to be carried out in stages.

Work to enhance and strengthen the Municipal Chambers began last July, and was due to be completed in March.

Other elements of the project would follow in stages until the entire complex was completed by December 2012.

Plans for the glass cube-shaped entrance were compared to the glass pyramids at the Louvre Museum in Paris, and glass additions to the Reichstad in Berlin, when announced in July 2009.

At the time, Eqo Leung, of Opus Architecture, described the design philosophy for the entrance as one of detachment. It was to be attached only where three doors provided access between the cube and the town hall and it would reveal the building's facade in a much better way than the existing entrance, he said.

The cube, which would have "giant pivot doors", was to be a collection or flow-through point for people visiting the town hall, he said.

Details of the redesign emerged after Mr Clark updated councillors on the project at yesterday's pre-draft annual plan hearing.

His update prompted Cr Lee Vandervis - an experienced sound technician - to offer his services on the development's project delivery team.

When Mayor Dave Cull pointed out Cr Vandervis had previously declined an invitation to join the group, the councillor explained that was because "we no longer have an utter embarrassment with a glass block on the front of it".

Cr Vandervis said he was encouraged by proposed design changes, having become increasingly uncomfortable with plans for the town hall while watching the debate unfold in recent years. He said he was pleased "monumental changes" to the building "were going to be looked at again".

Yesterday, Mr Clark indicated a revised design for the entrance could mean retaining a glass cube of sorts but making better use of space within the cube for functional purposes.

More details would be available at next month's committee meeting, he said.