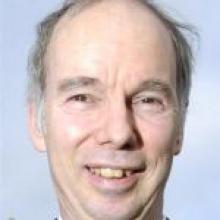 Murray Bond
Suburban and inner city trains could be back on Dunedin railway tracks during this year's Rugby World Cup, it has been revealed.

Those opportunities being considered by the Dunedin City Council-owned company, include trains to Invercargill and Christchurch to coincide with World Cup fixtures, and extra tourist trains running throughout the tournament.

Suburban trains aimed at moving rugby fans from camping areas to the Dunedin Railway Station, were also possibilities, he said.

Inner-city services were likely to be charters, with Taieri Gorge yet to talk to rugby officials about the proposal.

"We just don't want to run and take all the risk," Mr Bond said.

Mr Bond said he was unsure how many people would visit the city during the tournament, but he was excited the city would host fans from Scotland, England and Ireland.

"These are precisely the people who take part in tourist attractions."

More than 39,000 international visitors are expected by the end of the tournament's pool phase, during which Dunedin hosts matches between Scotland and Georgia, England and Romania, and Ireland and Italy.

Although Queenstown was not hosting any World Cup games, it was expected to be a major drawcard for visitors, and additional train services could be added to pick up coach arrivals from the resort when they arrive at Pukerangi.

Mr Bond said questions remained over how long fans would stay in each region, and "our dream would be for them to stay at least a week".