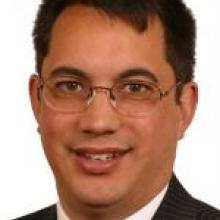 Contacted yesterday, Mr Tay said negotiations with the council's agent, the Carisbrook Stadium Trust, were "fairly rigorous" and he believed the result was "reasonable and fair".

But he conceded the trust and council - under time pressure to secure the sites - "weren't in the ideal situation".

"They lacked time ... time is one of the key elements in the negotiations.

"As the time draws shorter and shorter, your need or desire to reach agreement gets higher," he said.

Council finance and corporate support general manager Athol Stephens said obtaining valuations for the properties was the responsibility of the trust, which was tasked with achieving the "ultimate objective" of securing the site.

"They are a trust ... not a CCO [council-controlled organisation], not owned by the council in any way, and pretty much free to act in any way they see fit to meet the ultimate objective."

Trust chairman Malcolm Farry said the trust employed two valuation firms, in Dunedin and Christchurch, but would not name them.

The firms provided assessments to the trust containing overall valuations for each site, as well as breakdowns of the component parts of each site - the value of individual buildings, land, leases, the cost of relocation and other elements, he said.

However, each party the trust was negotiating with had its own valuer, and their estimates "in many instances ... were well above our valuations", Mr Farry said.

Negotiations led to some agreements, while in other cases third-party independent valuers were called in - by agreement - to assess the two sides' figures and reach a figure both sides could accept, he said.

"When we got to the stage of agreement on price ... I thought all things taken into consideration we had achieved a good outcome.

"That's not to say we wouldn't have liked to negotiate lower prices."

Mr Tay would not say how much of a saving could have been achieved if the council had more time.

"We were there to provide advice on what we thought it was worth and the situation and circumstances of the environment the city was in," he said.

Each party had its own valuer, and "I think all parties had a fair shake of the rattle in terms of advice".