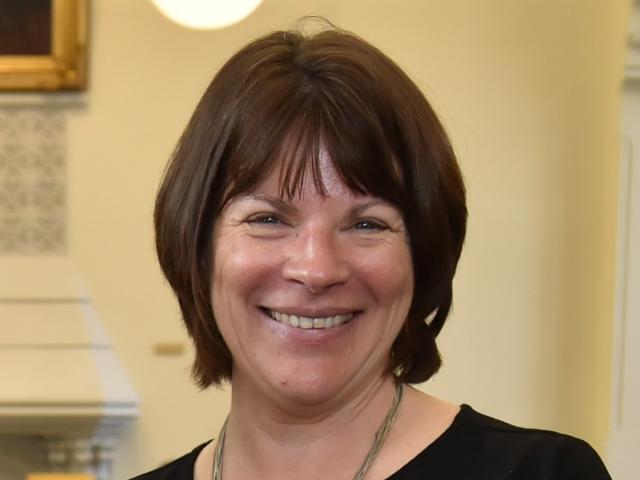 Harlene Hayne.
The University of Otago expects to spend more than $40 million on scholarships this year amid increasing competition for the best students.

The expected spend is double the $20.8 million the university spent on scholarships in 2009.

At yesterday's university council meeting, vice-chancellor Prof Harlene Hayne said the university had agreed to go over this year's budget because of the high calibre of this year's intake.

The ''huge depth of student performance'' would have made it difficult to choose which students received scholarships, Prof Hayne said.

University financial controller Graeme Quinn said this year's increased spending on scholarships was not just a timing issue and would carry through the rest of the year.

In the year to the end of April, it had spent $26.1 million on scholarships, which was $2.7 million more than the $23.4 million it expected to spend.

At the outset of this year, it expected to spend $41.1 million across the whole year, but this figure would now climb further.

Prof Hayne acknowledged competition for students had intensified, but said this was not the main cause of this year's increase.

''While competition to secure the best students has certainly intensified in recent years, our greater scholarship investment is primarily a response to an increasing number of very high calibre students who have applied to study at Otago in 2017.

''That increase includes both undergraduate and postgraduate students, the latter at both masters and doctoral levels,'' Prof Hayne said.

The general trend was a result of scholarship funds from charitable donations and bequests growing in size, Mr Whelan said.

''What tends to happen is these schemes tend to accumulate over time ... so it would be very unlikely to see the amount of money that's going to scholarships actually decline,'' he said.

Increased competition between universities had also played a part, as it was in their interest to have top performers in their institution.

''Every university is wanting the best students because they are the ones that will often go on and do postgraduate study and generate research.''

The scholarships ranged from bequeathed funds for postgraduate students to entry scholarships aimed at new entries.

''Almost every university without exception has merit-based scholarships which are designed to help students that perhaps get excellences at NCEA.''