Where are stadium supporters? 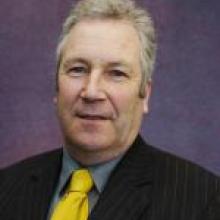 Stephen Cairns.
Otago Regional Council chairman Stephen Cairns "philosophically" believes the Awatea St stadium could be of long-term benefit to the region, but wonders where its supporters are.

Mr Cairns' comments came after a round of draft annual plan and long-term council community plan hearings where the vast majority - described as a ratio of 12 to 1 by one councillor - of submissions were against the regional council funding the stadium.

Mr Cairns asked "where the bloody hell are you?" of the "silent majority" on Dunedin's Channel 9 news last night.

It had been made clear many times the regional council's decision on the stadium was not a done deal and the annual plan process would be its major consultation on the issue, he later told the Otago Daily Times.

"Everybody knew we were going through the process," Mr Cairns said.

When asked last night about his position on the stadium, Mr Cairns was silent for some time before answering: "Philosophically, I can see this proposal could be of long-term benefit to the region, but there are a number of questions [to which] we need to get satisfactory [answers], or otherwise".

The council feedback from the plan process was from a small sample, he said.

The plan process attracted 322 submissions, with about 230 commenting on the stadium.

A "significant majority" of those said no to the proposal.

An earlier stadium survey, which received 30,000 responses, did not give the council a clear mandate, Mr Cairns said.

"It is a very important decision which we should show leadership on," he said, but also added "we said we would listen to the people".

He had received some emails of support for the stadium asking the council to show leadership.

An "informal" council workshop would be held "sooner rather than later" so the hearing panel could inform all councillors of the feedback in the submissions.

"This issue is bigger than the five of us [the hearings panel].

We owe it to the other councillors to bring them up to speed."

The meeting would not be open to the public as councillors needed to be able to talk "frankly and freely", Mr Cairns said.

Further information would be sought if needed.

The council would go public with "where it was at" as soon as it possibly could, probably before the next round of scheduled meetings in June, but a date had not been set.