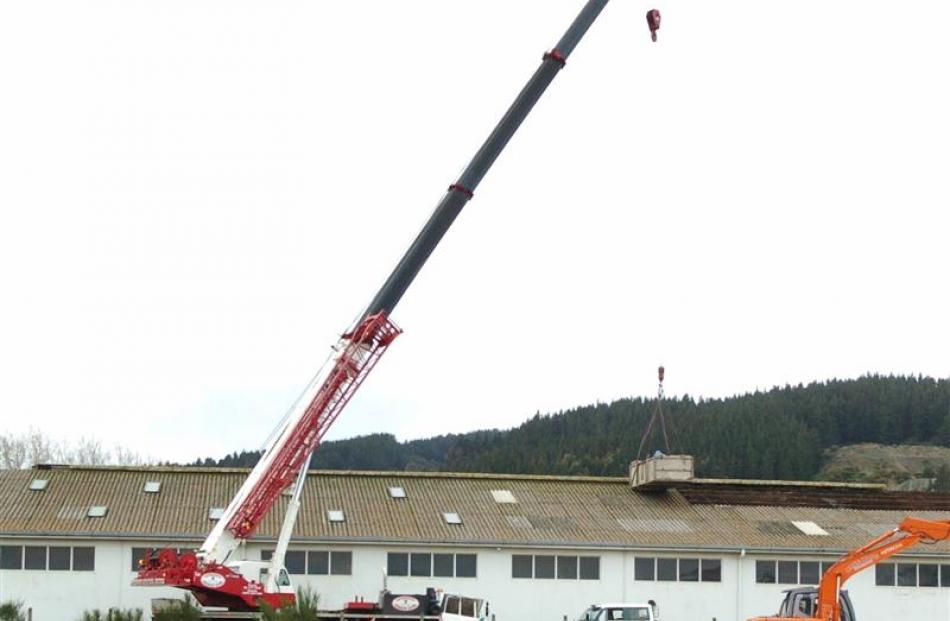 Workers remove roofing panels from a building in the construction zone. Photos by Gerard O'Brien. 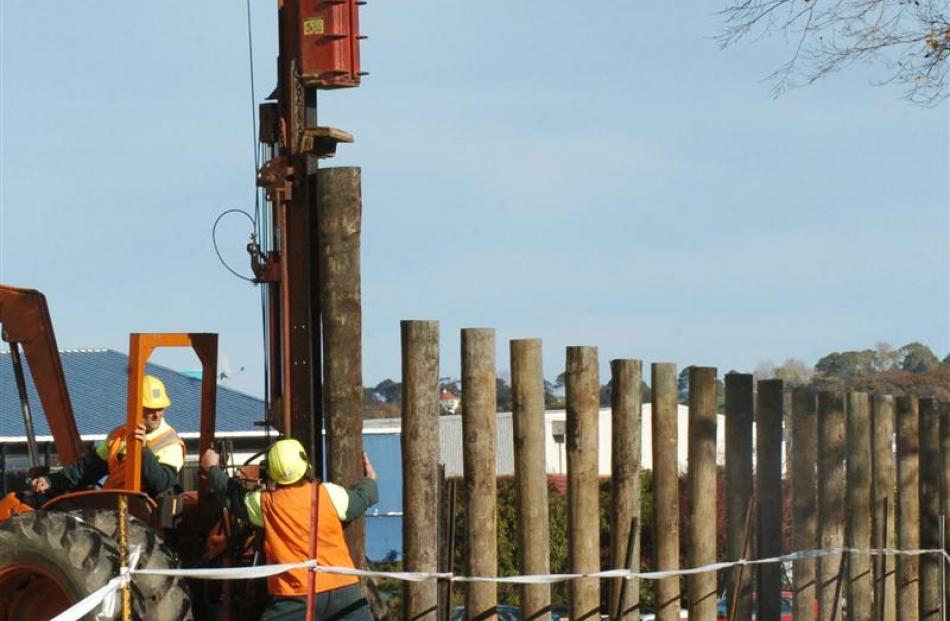 Hawkins Construction workers (top) use a pile-driver to install a security fence around the perimeter of the Awatea St stadium construction site.

The first signs of construction activity on the $198 million Awatea St stadium are evident as a security fence around the building site goes up and some parts of the buildings on site come down.

"We've been a long time waiting for this. Although it's only simple things happening at this stage, we're very excited.

"And it will be even more exciting when we see the cranes and earth-moving equipment come in."

Mr Farry said the site was going through a "mobilisation" stage at present in which a fence is erected to control access as part of health and safety requirements.

During the past two years, the site was used by up to 180 vehicles a day for parking because it was close to the University of Otago.

Work had already begun on stripping the linings and roofing of some of the buildings on site in preparation for their demolition which would begin in the first week of June, he said.

Construction offices and work sites for Hawkins Construction staff and contractors would also be put in place during the next two weeks.

In the middle of June, the first foundation piles would be constructed and by the first week of July, heavy earth-moving equipment and large cranes would begin to appear on site.