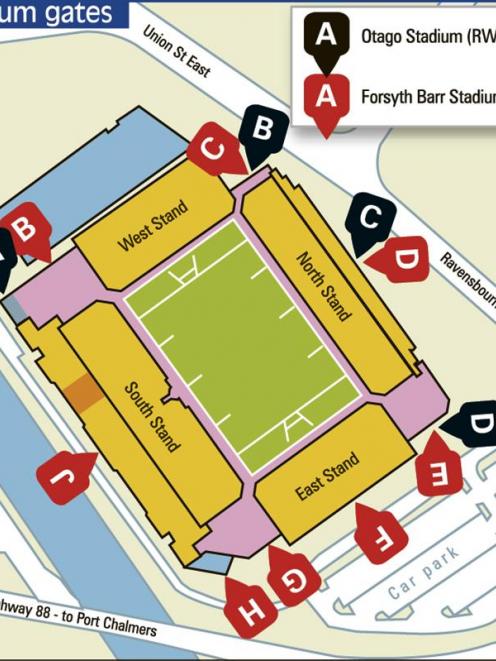 An outdated Otago Stadium map has been printed inside the official Rugby World Cup ticket-holders' booklets, but World Cup organisers say it will not be a problem.

A Rugby New Zealand 2011 spokesman said the map was correct at the time of publication, and was "finalised at a time when the stadium was still under construction so a number of things have changed, including access".

The maps would not pose a problem as ticket-holders had the correct gates on their tickets, the official website was correct, and assistance would be available at each gate to assist fans, he said.

Dunedin Venues Management Ltd chief executive David Davies said the first he knew of the out-of-date map's inclusion was when he was contacted by the Otago Daily Times yesterday.

He planned to take the matter up with World Cup officials, as the booklet was given to each ticket-holder.

"My view is that we will end up with a mitigation strategy."

Part of that strategy included informing fans at fan zones and through match-day announcements.

"While it is clearly not helpful, there are things that we can do with it drawn to our attention this far out."

While the booklet map was incorrect, he reminded ticket-holders the gate-entry details on their tickets were correct.