Finance minister role for Peters not ruled out 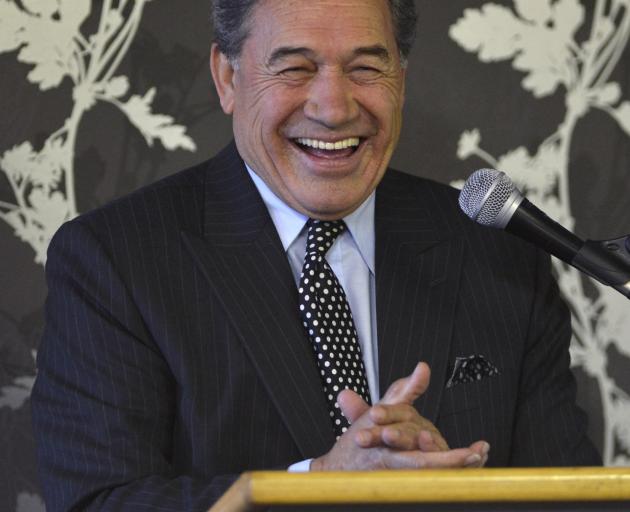 Prime Minister Bill English cannot guarantee Winston Peters will not be the country’s next finance minister, despite not wanting him in the role. Photo: Gerard O'Brien.

And Labour does not want him in a finance role either.

But Mr English cannot guarantee he will not be the country’s next finance minister.

The party favours Steven Joyce remaining in the position if National wins a fourth term, but that was subject to coalition negotiations, Mr English said yesterday.

He later said he was not negotiating Cabinet positions before the election, but said voters would not necessarily be happy with Mr Peters in a finance portfolio.

‘‘I think voters could see it would be a step backwards for the management of our economy just when the economy is really delivering benefits,’’ he said.

‘‘We’re not ruling in, ruling out. The voters will decide who if anyone has to be party to negotiations,’’ he said.

Based on current polling, Mr Peters is expected to be king-maker after September 23, with his party possibly holding the balance of power to decide whether National or Labour forms the government.

Labour leader Jacinda Ardern has been researching what has made coalition agreements work in the past but has already confirmed certain bargaining chips are off the table.

It seems other positions, though, could be an option for other parties in coalition, including the Green Party.

‘‘I’ve looked back on some of the coalition agreements of the past and think probably what has made them work is just the understanding . . . that you continue to work on a no-surprises basis, that you hold collective responsibility, that you operate by the Cabinet manual and beyond that you allow your individual parties to operate as individual parties.’’