'As bad as it gets': Teen rapes mother in front of 7yo daughter 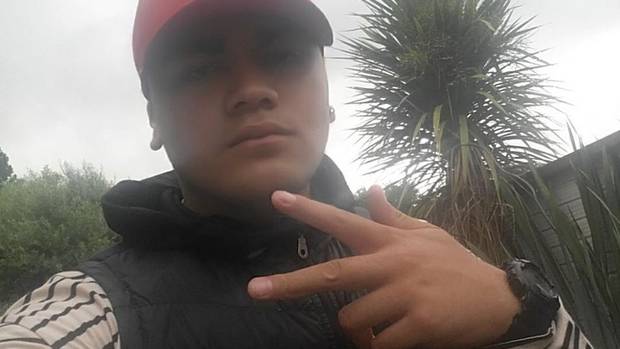 The woman was asleep in her bed with her daughter on the morning of April 7, this year.

At 7am, peaking after a two-day bender on methamphetamine, Lorenz Shannyn Mekuli would then enter her life and commit acts a Hamilton judge today described "as bad as it gets".

After clambering through a partially opened window, he rummaged through her handbag.

The burly, 183cm gang associate then walked into her bedroom and found her in bed asleep with her daughter.

She asked him what he wanted but he jumped on the bed and started strangling them both.

The graphic details of the assault, which then turns sexual, were revealed in the Hamilton District Court today when Mekuli was jailed for eight years for the repeated rape of the 23-year-old mum.

Since the rape he has turned 17.

With his hands clasped around their necks, her daughter began struggling to breath while the victim felt like she was beginning to lose consciousness.

He then dragged them both out of bed and into the hallway where he made the daughter sit down and watch as he repeatedly raped and ordered her mother to carry out sexual acts.

Mekuli then demanded her car keys and that she drive him to another location so he could escape.

But when they reached the front door, the victim saw her opportunity to escape and, grabbing her daughter, they ran, fleeing to the sanctity of a neighbour's house.

Mekuli had originally pleaded guilty to burglary but denied charges of rape, unlawful sexual connection, threats to kill, assaulting a female, assaulting a child, attempted abduction and assault with a weapon.

However, he pleaded guilty on the morning of a scheduled defended hearing in July, a decision he today got credit for by Judge Louis Bidios.

Crown prosecutor Louella Dunn said the impact on the victim had been horrific. She read an excerpt of the victim's impact statement to the court, at her request, in which it detailed how she still struggled to sleep and had since moved from the house she shared with her daughter for the past six years.

She had lost her confidence and no longer was able to enjoy normal activities in life including going to the gym, running or socialising.

The victim, who was in court to see her rapist jailed, still fears retribution and wanted him sentenced to the maximum available to the court.

Dunn suggested the judge take a starting point of 15 years before issuing a total of 35 per cent in discounts for his age and guilty plea.

He did not deserve a discount for remorse because he had never shown any and said he was still at high risk of harm to others.

Defence counsel Sacha Nepe urged the judge to take a lower starting point of between eight and 10 years before issuing discounts of up to 40 per cent.

She said he had endured a tough upbringing which involved domestic violence and drug use.

Both parents and family members were in court to support him, she said, and added that a long prison sentence would be "crushing".

Mekuli had struggled to comprehend the enormity of the charges he faced, she said, which had impacted the delay in entering guilty pleas.

Judge Bidois accepted findings in psychological reports which found he had limited cognitive function and was almost ADHD.

The Crown described the incident as a home invasion but the judge found instead defined it as a burglary because he first targeted the victim's handbag before carrying out the sexual offending.

The victim's vulnerability was high as Mekuli was a large man, at least 183cm, while the victim was small in stature, while the harm done was "significant", he said.

"There is a harrowing victim impact statement that has been provided which has been canvassed ... words do not express the sadness and shame that we all feel for your offending against [the victim]."

She had suffered "physical and extreme psychological effects, destroying the quality of her life, the damage done has irreparable".

As he was lead out of the dock, the judge urged him to seek as much help as he could while behind bars.