Corinda Taylor. Photo: Linda Robertson
Warning: This article is about mental health and may be distressing for some readers.

The mother of a young man who took his own life is petitioning the Government for financial aid for bereaved families who face tens of thousands of dollars in legal bills over bureaucratic processes.

Dunedin woman Corinda Taylor has more than 1200 signatures on the petition she hopes to present to Justice Minister Andrew Little as the Government prepares to release its Wellbeing Budget next week and the response to its mental health review. 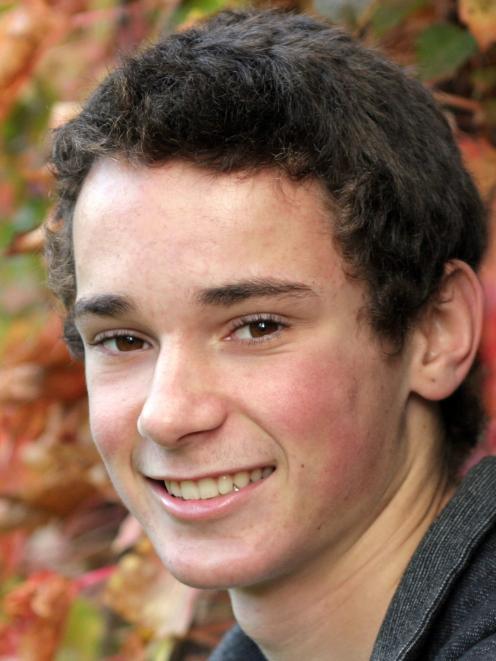 But the inquest, set down for November and expected to take up to seven days, will feature lawyers representing Southern District Health Board and the psychiatrist who was treating Ross when he died.

The case has been before the Health and Disability Commissioner [HDC] who in April 2017 found serious shortcomings in Ross' care and ordered psychiatrist Dr Richard Mullen to apologise to the family.

Taylor, who set up the Life Matters Suicide Prevention Trust after Ross died, said she has been forced to hire a barrister to represent her family at a cost of $500 an hour. A Queen's Counsel would have cost $900 an hour.

The family have already spent more than $30,000 on the case for the HDC and expect to spend at least another $28,000 on the inquest, not including the hours of preparation work required.

"Legal fees for this alone would cripple most families. DHBs have unlimited access to public funding for the best legal teams and experts. We do not qualify for legal aid."

Taylor wants all suicide-bereaved families to receive legal aid to navigate the processes that can follow a suicide, including dealing with police complaints, the HDC, the Human Rights Review Tribunal, and a Coroner's inquest.

"At a time when they are grieving and at their most vulnerable, families face complex and demanding funding application processes.

"Some are lucky to get legal aid, but many do not and face the legal system without support or face paying large sums towards legal costs, alongside often enduring lengthy delays which cause distress.

"Some are forced to represent themselves while others simply give up as it is just too hard.

"Whether it is the death of a child in a mental health setting, the self-inflicted death of a prisoner, or a death as a result of neglectful state services, families experience a profound, yet unnecessary, injustice."

Taylor said by comparison offenders of serious crimes such as murder received legal aid for lawyers to represent them through the court process which can include trial.

"The Ministry of Justice spend on legal representation for people who have committed crimes.

"Suicide bereaved families and whānau in contrast do not get any free legal support when making complaints to HDC or when facing Coroners inquests or papers done in chambers.

"Without funded representation, families are denied their voice and meaningful participation in the processes of investigation, learning and accountability. This is not what justice looks like.

Last year the highest number of people on record, 668, took their own lives.

"None of their families have had the support they deserve. It's a harrowing experience. I'm really struggling."

Taylor also wanted more Coroners to reduce the delays after she and her husband had waited more than six years for Ross' inquest.

The Coroners Act allows for up to 20 full-time coroners. Only 17 are employed, plus a temporary replacement for Coroner Christopher Devonport, who died in January.

A spokeswoman for Little said he was attending his mother's funeral today.

The Government was due to report back on the findings of its Inquiry into Mental Health and Addiction earlier this year but it is now expected ahead of the Wellbeing Budget, which will be delivered next Thursday.

The report made 40 recommendations with one of the key expectations a standalone, revamped mental health commission after it was largely disbanded in 2012 and subsumed by the HDC.

To read the petition go to: change.org/p/hon-andrew-little-access-to-justice-for-suicide-bereaved-families-and-whānau

Or if you need to talk to someone else