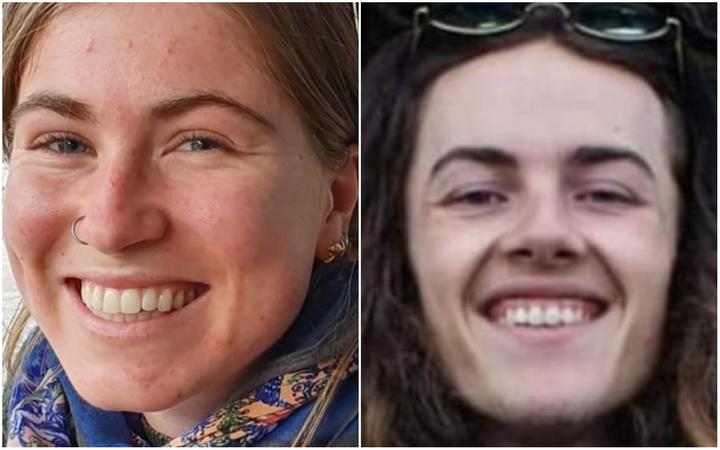 It's believed the pair had been without food for some time in rugged terrain when discovered this afternoon. They were flown in a Defence Force helicopter to Nelson Hospital for a check-up, and were discharged tonight.

Search and rescue teams had been looking for Reynolds and O'Connor, both aged 23, in the Kahurangi National Park at the top of the South Island for the past week.

The pair failed to return from a tramp after setting out from Anatori on May 9. They were due back on May 14-15 and police said a friend alerted them on May 18. Search efforts had been hampered by bad weather since Sunday, May 24.

In a media briefing late this afternoon, Nelson Bays Area Commander Inspector Paul Borrell said the pair were found in the Anatori search area, near the headwaters of the Frasier stream, shortly before 1pm.

"This has been a 19-day ordeal for them, and considering that they seemed reasonably well. As area commander of Nelson Bays I am so very very proud of our search and rescue team."

Reynolds has a strained ankle, while O'Connor suffered a strained back in a fall, RNZ reported. After the fall, they stayed in that location for a few days before moving to where they could find water.

Once they found water, they stayed there until they were spotted. 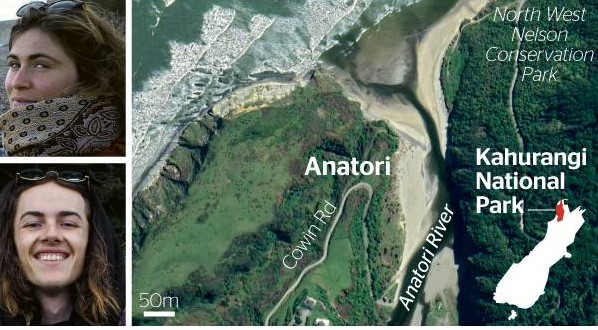 The pair set out for a tramp in Kahurangi National Park on May 9. Graphic: NZ Herald
Nelson Police Search and Rescue coordinator Sergeant Malcolm York told media it was a "fantastic outcome and one we were all hoping for".

He said Reynolds and O'Connor got lost "fairly early on in the tramp", due to fog, before becoming injured.

The search was "particularly challenging" being such a remote rugged, bush-clad area.

The pair were located in the headwaters of the Fraser stream shortly before 1pm today by a search helicopter, which spotted smoke. When picked up, they were "chatty and in good spirits".

York said the trampers had excellent equipment that kept them alive in cold conditions, but it was understood they had been without food for some time.

"They've done well to survive. Just the fact that after 19 days they're in such good condition... it shows they've done the right thing.

The search involved up to 50 people from police, the Defence Force, Fire and Emergency NZ, LandSAR, Department of Conservation's Aoraki/Mount Cook Search and Rescue team, and other volunteers.

“Such outcomes are always totally dependent on the cooperation and hard work from a wide range of dedicated people, largely volunteer searchers and others from a number of organisations including police whom I want to sincerely thank," York said.

NEWS || One of our #NZAirForce NH90 helicopters and crew are re-joining the search for Jessica O’Connor and Dion Reynolds in Kahurangi National Park after bad weather hampered efforts earlier this week.
#Force4NZ https://t.co/iFnx5RZbZ5

Two helicopters were used in the search from the air, including a Defence Force helicopter which could winch search teams into rugged terrain.

Police confirmed in a tweet in the afternoon that the trampers had been found alive.

Land Search and Rescue NZ chief executive Carl McOnie said this morning that its team of volunteers were very skilled and was holding out hope of finding the pair.

"You never lose hope and you always have hope."

Meanwhile, celebrations have started in Takaka after locals got the good news.

Reynolds' employer, Holly Osmond from the Roots Bar in Takaka, told RNZ she never gave up hope that the trampers would pull through.

"We are buzzing, we are actually full buzzing in here. It was just two of us on when a message came through and we promptly had a shot of rum to celebrate, so we are just so wrapped, goosebumps and all."

Osmond said many of the rescue team were from Takaka.