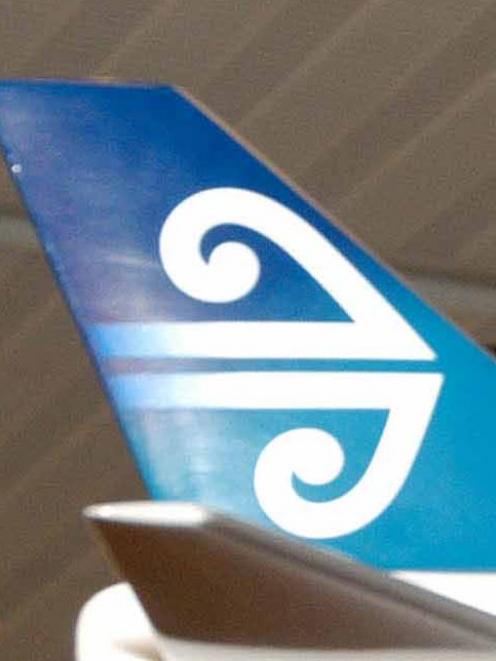 Record fuel prices have forced Air New Zealand's domestic fare prices up for the second time in two months, again by an average 3%.

Last month, domestic, transtasman and Pacific Island fares were increased by an average 3%.

Air New Zealand says it regrets having to raise fares again in such a short space of time but it cannot continue to absorb the ‘‘significantly higher'' cost of fuel,

Deputy chief executive officer Norm Thompson said Singapore jet fuel per barrel had increased from $US130 on March 17 to $US144.

The lowest domestic everyday smart saver fare would not be affected but the next fare level would increase - for example, Dunedin to Wellington was $113 and would rise to $115 and Dunedin to Auckland would increase from $123 to $125.

The domestic fare increase would be effective for travel booked from May 6 and transtasman fares were being reviewed.

During the past two months, long-haul international fares had increased by 4% to 8%, dependent on route and class, and looked certain to increase further, he said.

Dunedin International Airport Ltd chief executive John McCall said it was too early to say what impact the fare increases would have on the airport.

Last month, the airport reached a record with 67,426 passenger movements, a 3.3% increase on the corresponding time last year. Domestic numbers were up 4.9%.

March was always a busy travel month and it also included Easter this year, he said.

‘‘Fare price impacts will take time to trickle through. It could be two to three months before we see signs of how the pricing will affect travel.''

Vincent George House of Travel co-owner Vincent George, of Dunedin, said the fare increases might stem some of the recent growth in domestic travel.

He believed it would not stop people travelling, but would mean they would not have as much spending money.

For business travellers, it might mean booking travel earlier, he said.

Increased fuel prices were having an impact on most aspects of people's lives so an increase in air fares, which was happening worldwide, would not surprise them, he said.

Dunedin's Mainland Air business manager Daniel McMillan said its fares would not be increasing at this stage, but the fuel price increase was significant.

‘‘We're having to absorb the associated costs within that.''