'Hobbit' remains here, at a price 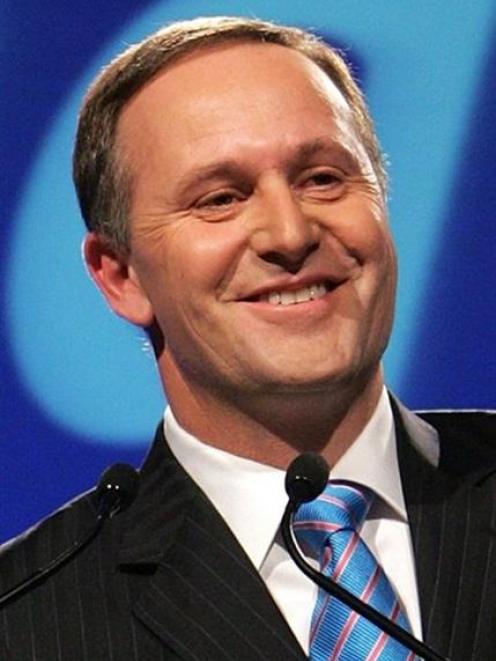 John Key
Up to $34 million in tax breaks, a marketing credit and an urgent change to labour laws are the price of keeping The Hobbit in New Zealand.

A deal between Warner Bros executives and Government ministers was confirmed about 7pm yesterday after two days' negotiations.

The announcement was widely applauded - except by the Green Party, which called the law change "outrageous".

The deal will keep the $670 million project in New Zealand, creating thousands of jobs as well as tourism opportunities and international exposure.

New Zealand also secured one of the world premieres of the movies, and Sir Peter Jackson will work on material promoting New Zealand as a tourism destination that will be included in all DVDs and digital products for The Hobbit, expected to reach an international audience of tens of millions.

"The Government will be working with Time Warner [which owns Warner Bros] as a strategic partner to promote New Zealand across their stable of media outlets," Prime Minister John Key said.

In return, the Government will offset the films' marketing costs by $US10 million (NZ$13.4 million) and pay up to $US7.5 million in extra tax breaks for each of the two films for The Hobbit, subject to the success of the movies.

That would bring the total cost to the Government, including tax rebates and the marketing credit, to just under $100 million, but Mr Key said it made financial sense because of the marketing opportunities for New Zealand.

Actress Robyn Malcolm - one of the faces of earlier union protests about the movies - said last night she was "absolutely thrilled to bits" with the announcement.

While the high New Zealander dollar - which had risen 50% in the past months - was a factor, Warner Bros had been prepared to cope with it until the actors' boycott was called.

Only then did Warner Bros seriously consider other destinations, the sources said.

When negotiations began this week, Warner Bros made it clear that the main issue was employment law and the status of contractors and employees.

Once those issues looked likely to be resolved, the discussions turned to money, the source said.

Mr Key said Warner Bros had asked for a lot more money than was provided in the final memorandum of understanding, and tax incentives in other countries were still far more attractive than in New Zealand.

But Warner Bros - subject to the labour laws - ultimately still wanted to make the movies in New Zealand, with Sir Peter Jackson at the helm.

The legislative changes will apply to the film industry, not just to The Hobbit movies, and will ensure that film workers hired as contractors will not be able to later argue in court that they are employees. The legal changes will be introduced in Parliament today under urgency and already have the support of Act New Zealand and United Future, which is enough to secure passage into law.

These changes were the "critical" issue for Warner Bros, Mr Key said.

"We think it is totally unacceptable that Parliament will be meeting [today] under urgency basically to do the bidding of Warner Bros," he saidLabour MP Trevor Mallard said he was "exceptionally happy" The Hobbit was staying in New Zealand, but he said it was dangerous to change laws simply because a foreign company demanded it.

He expected Labour MPs would vote against the changes. Speaking before the decision to keep the The Hobbit productions was announced, a United States movie casting agent now living in Dunedin said the stoush over the movies was all about money.

Kris Nicolau spent 30 years in the American film industry, working with producers such as Oliver Stone and actors Tom Cruise and Kevin Costner on films such as JFK and Born on the Fourth of July.

She now operates Nicolau Casting from her Careys Bay home.

"This whole thing is LA-driven and it's all about money. Warner Bros are ... holding the country to ransom," she said yesterday.

It was miserable to blame the actors, she said.

"To run down Robyn Malcolm, as people have been doing, is outrageous," Ms Nicolau said.

While people had the perception that actors make big money, "an extra might only get $200 a day, and the agency will get half that, so they end up with $100 for a 15-hour day", she said.

It would be "crazy" for the studio to relocate the films.

"The Hobbit and that kind of story is so intrinsically New Zealand. It's been marketed on the New Zealand landscape and the branding has been all about New Zealand," she said.