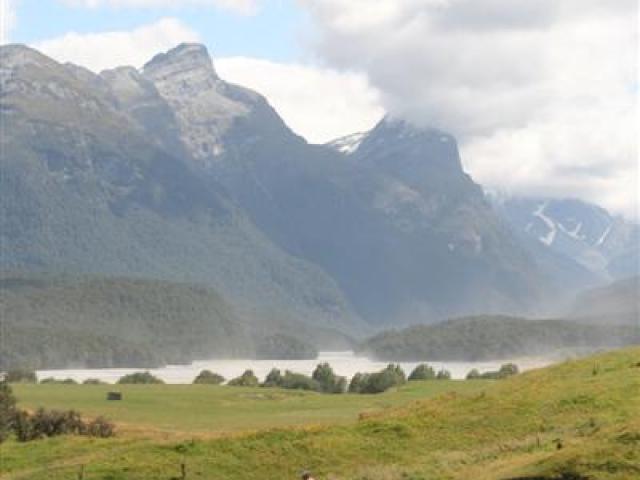 One of the world's leading anti-smoking researchers and campaigners has accused the New Zealand Government of hypocrisy and sabotaging its own efforts to eliminate tobacco use by 2025.

At the end of any blockbuster fantasy, an enormous list of technical functions and the names of those who filled them winds slowly past our eyes.

Strath Taieri, Queenstown and Central Otago landscapes are being showcased to the world in a new six-minute film clip included in all DVD releases of The Hobbit: An Unexpected Journey.

Worldwide fans of The Hobbit will be told Queenstown is ''a beautiful jewel at the bottom of the world'' and Strath Taieri is ''glorious'' when they watch a special feature on the locations used in the trilogy from the comfort of their own homes.

The Prime Minister's office is standing by its tally of the number of jobs created by The Hobbit after criticism it had plucked the number "out of thin air".

A majority of New Zealanders polled by the New Zealand Herald back the $67 million in tax breaks given to the producers of The Hobbit by the Government - but only if the films return more than that to the local economy.

Fire up your foot-long clay  pipes, lean back, smile and breathe a sigh of relief, good people of the Shire, for the first instalment of The Hobbit is a hit. For the most part.

The Hobbit trilogy is already being credited with a big boost to New Zealand tourism with flight bookings jumping significantly as fans flock here for a taste of Middle-earth.

Andy Serkis reprises his role as Gollum in "The Hobbit: An Unexpected Journey," to be released worldwide this week, but his main role this time was as a second unit director, shooting battle sequences in 3D for director Peter Jackson.

Air New Zealand says it is already benefiting from The Hobbit, even before the movie's wide release.

I hope those who were excited about seeing The Hobbit are still so, after all the hype and negative publicity.

A gentle Wellington zephyr flapped flags welcoming the traveller all the way into the "Middle of Middle-earth" as Gandalf waved his wizard's staff from atop the Embassy Theatre.

On the red carpet for the world premiere of 'The Hobbit: An Unexpected Journey' in Wellington yesterday.
Peter Jackson has finished his final cut of The Hobbit: An Unexpected Journey, just days out from the film's premiere in Wellington.
Sir Peter Jackson was "mortified" to hear that a journalist was blacklisted from covering The Hobbit premiere for writing too many negative stories about the movie.

A wrangler at the centre of claims animals were mistreated during filming of The Hobbit stands by his allegations, but says he never intended "tarnishing" the movie or Sir Peter Jackson.
Queenstown and Glenorchy as Isengard and Lothlorien, the "ridiculously beautiful" drive between them and Hobbit-style hiking experienced in the Wakatipu are promoted in the latest evolution of Tourism New Zealand's "100% Middle-earth, 100% Pure New Zealand" campaign.
The Hobbit and its director Sir Peter Jackson are making headlines around the world amid allegations the production company is responsible for the deaths of up to 27 animals.